The election results are in…

Share All sharing options for: The election results are in… 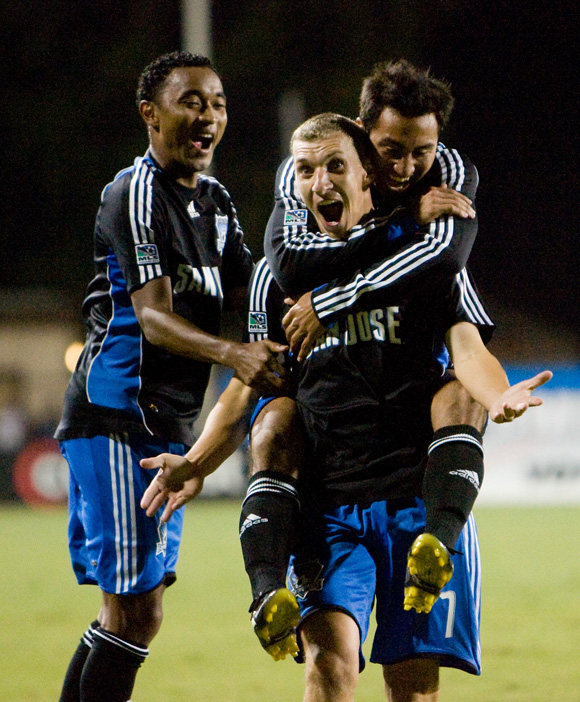 It's the first Tuesday in November and all across America, voters are waiting to hear the results of the election. Center Line Soccer readers, wait no more! We have the results right here.

All season long, CLS readers have had the opportunity to vote for the Man of the Match after every Earthquakes game. In all, you evaluated 30 different games and chose 10 different players to receive the award. The most frequent choice, garnering recognition from our readers an impressive eight times, has been midfielder Ronnie O'Brien. Congratulations, Ronnie!

Given  the opportunity to play a whole season, Darren Huckerby could have challenged for the top spot. He was the readers' top choice after five matches, an impressive total for someone who played just 15 league matches.

Next in line were Joe Cannon and rookie Shea Salinas, each chosen four times;  Ryan Johnson with three; Ramiro Corrales with two; and Nick Garcia, James Riley, John Cunliffe, and Arturo Alvarez, each with one.

Thanks to everyone for participating in our Man of the Match polls. Balloting will take place again after each league game next year.