Share All sharing options for: Expectations and opening days

You want to know one of the tougher things about the Quakes being gone for the last two years, for the fans at least? No Opening Day. Yes yes yes, plenty of other important reasons to miss the Blue-and-Black, but hear me out.

You see, my calendar is marked, highlighted if you will, with Opening Days; Giants, Sharks, Charity Shield, fishing, what have you. Nights spent oiling the glove, or rearranging my fly box, again. Where did I put my Man U scarf? Anticipation is everything right? Quakes fans haven't had that. Sort of like living on the ocean. You don't go to the beach much because you could wait and go tomorrow, the beach isn't going anywhere. 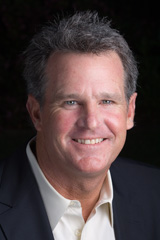 But now, the Quakes are back, and so is Opening Day. There will be no parades, no new flags to unfurl, no big brand spanking new stadium to unveil, just a soccer match. But oh my, what a match. Big crowd, chuck in an arch rival, show it on national TV, with or without Becks those in the State of Northern California will remain glued to the set. Sort of a religious experience for some, the resurrection of a team. Can't you just feel it? San Jose supporters laying out their jerseys, some new ones and some older versions, maybe some red to show that you remember when. Probably a few ritualistic good luck pre-game routines. Your family thinks you are strange. The beer has been in the fridge for a week now. By season's end you'll be grabbing it on your way home, speeding from the park with the kids in tow. You can't miss the kick off — Chingy scored first minute in the '03 opener in Colorado! Oh and Dero, against Dallas — man, that was like 14 seconds!

Where is this one going to rank? '96 was something, impossible to compete with that one really. I was sitting in the stands and loved every minute. One wants to compare this April 3rd match with the opener in 2001. All the components are there. A Yallop-led squad of unknown capability heads south to take on the hated Galaxy. The '01 game surprised all of us. 17,000+ at the Rose Bowl, San Jose coming off a 2000 season as the worst team in the league. And yet, at the final whistle, a nail biter, we won 3-2. In October they still didn't give us much of a chance.

This is where expectations kick in. As a player you want to continue to impress, primarily to remain in the starting line-up. Selfish I know, but until the roster and line-up is really established, a win would be great but "I need to play well" is really what's going on between the ears. Everyone knows the pre-season was just a walk in the park. Different guys, different looks, all to get close to being ready for the opener. The coaching staff wants "a good result." Away from home a good result may be a draw. One point from Home Depot, a pitch tailor made for Landon latching on to one pass, may be all we can ask.

The coaching staff will want chances and no goals from L.A.'s set pieces. If the Quakes can create chances goals will come, hopefully on the 3rd. I think Frank will emphasize ball movement — make the ball do the work, keep it moving and try to get LA and their tired legs to chase a little. L.A. will, however, have an edge in that their match in Colorado will allow the staff to fix what didn't work. The Quakes won't know what doesn't work until the final whistle!

With expectations comes hope. Hope that the Quakes can hold their own. Hope that they play the attractive kind of football from days past, but with hope comes fear. Can't have one without the other, they go hand in hand. Afraid the team could get blown out, in the back of your mind you're running the 'keep it close' story.

I can't even remember my first opener as a coach. (I do remember my first as a professional player -- 1980 Tampa Bay Rowdies: I woke up from surgery and could see the Tampa Stadium lights from my hospital room on the sixth floor. Not the way I imagined it unfolding!)

And hey, pinch yourself because it hasn't been that long since the only thing we wanted was a team back. Didn't really care if they were great and or had their own place to play, just wanted a team in San Jose. Look at all the once empty dates on the calender, filled in nicely, new blue felt tip doing the job. For the season opener and HOME OPENER you added a little flair. Maybe a few extras from that re-gifted calligraphy set you never re- re-gifted. Yes, you now have Opening Days.

How will it all turn out? I'll refer you to one of my favorite sayings: "It's a long season, you just have to trust it."