Share All sharing options for: Earthquakes shine on media day 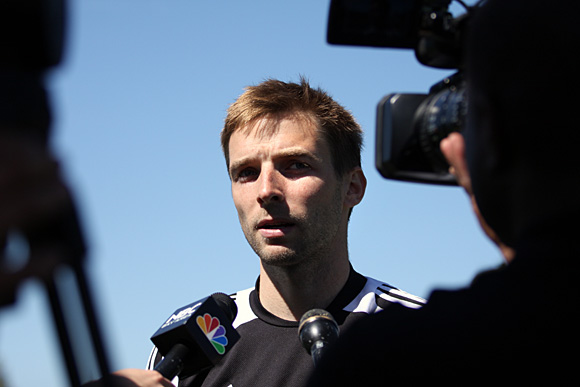 A dozen or so reporters were in attendance at San Jose's training session yesterday as the Earthquakes held their annual media day. Center Line Soccer staffers Jeff Carlisle, Jay Hipps, and Joe Santos were on hand to capture the action as coaches and players were interviewed by the assembled throng, giving longer-than-normal interviews on the team's prospects for the new season. You can listen to interviews from Joe Cannon, Bobby Convey, Simon Elliott, and Darren Huckerby after the jump.

We'll also be publishing our first podcast later today which will feature head coach Frank Yallop's session with the press along with a preview of Saturday's San Jose/New England match with Kyle McCarthy, who covers the Revs for the Boston Herald and is also a contributor to Goal.com and MLSnet.com.