Soccer Down Under on a high

Share All sharing options for: Soccer Down Under on a high 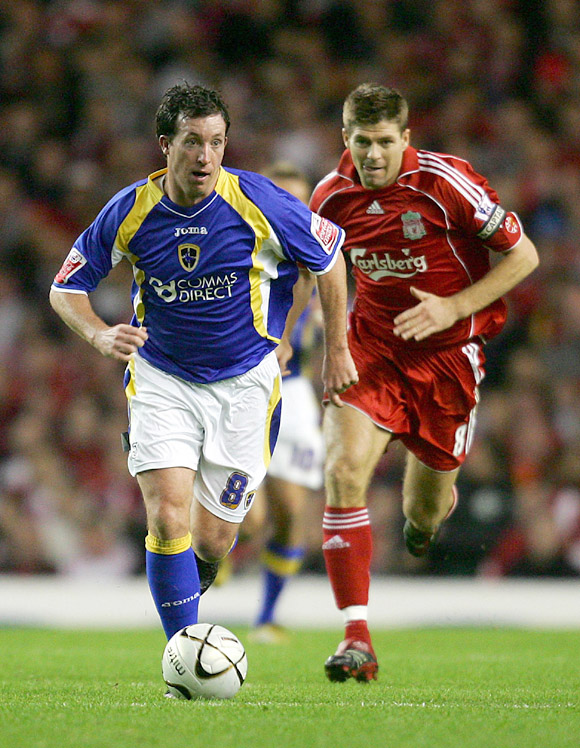 Soccer Down Under is in fine health. Following their 2006 appearance in Germany, Australia have again qualified for the World Cup, safely negotiating the Asian groups to join Japan and both Koreas. Neighbours New Zealand hold out hope, too, as they await a play-off versus Bahrain, the team that Trinidad knocked out at the death to make their way to Germany. If the NZ All Whites make it, this will be only their second World Cup visit (1982 in Spain being their bow), a fact not lost on a whole generation of fans at the bottom of the world.

To add to the fervour of international success, the domestic Australian A-League, which shares a number of traits with the North American MLS, has just kicked off its 5th season, one which promises to be the biggest and best yet.

The new-look league, inaugurated in 2005, is the latest incarnation of Australian football, which enjoyed its first national competition back in the 1970s, just as the NASL was booming in North America. Starting out with just 8 franchises, the 2005-06 season was a roaring success, with over 1 million fans attending games and the local Fox sports channels taking up increasing coverage of matches as the sport competes with more traditional endeavors like rugby union, Aussie rules and that quintessential commonwealth pastime, cricket.

The league remains unique in the world in that one team, the Wellington Phoenix of New Zealand, are from not only another country, but also effectively, a different continental confederation. Australia opted to join the Asian Confederation after 2006, thus granting its domestic champion access to the Asian Champions League, a much more lucrative and tougher competition than anything on offer Down Under.

Just like MLS, the original 8 franchises here have grown to 10 this year, with further expansion teams planned for 2010. A-League sides operate with a salary cap of $2.1 million Australian dollars (approximately $1.8 million U.S.), and, much like MLS, teams are allowed to sign a single "Marquee" player. Unlike MLS though, teams handle their own transfers and marquee players for A-League teams don't count against the salary cap at all. (The first $400,000 of an MLS Designated Player's salary counts against the cap.)

These policies have allowed A-League sides to sign a number of well-known stars, although no one quite of the stratosphere as Mr. Beckham.  Previously, first time winners Sydney United, then coached by German legend Pierre Littbarski, have attracted such names as the elf-like Brazilian international Juninho (ex-Middlesbrough) and Dwight Yorke of Trinidad fame; Romario made a flirting stop at Adelaide, while the new franchise in North Queensland have signed up ex-Liverpool god, Robbie Fowler.

As well as these aging star names, the A-League has been successful in calling back a host of Australian international Socceroos, as these players look to boost their international chances ahead of the World Cup. Another new team, Gold Coast United, took this route and they have made a storming start to the new season, mainly on the back of Kiwi striker Shane Smeltz’s goals.

Ever since the inauguration, the A-League has encouraged a New Zealand presence, and even when the hapless original New Zealand Knights team folded in 2007, its successor the Wellington Phoenix have been given every chance to develop. It does mean that the league has the longest travelling domestic fixture in the world, with Perth being some 3275 miles and 5 time zones west of far-flung New Zealand. In this respect, the Australian league is unlike the conference approach of MLS.

Here, all teams play each other home and away to find the top six. The minor champion wins the right to go into the Asian Champions League, but still has to feature in the play offs that finally sort out the top-dog. What has helped to spawn such early success for the whole league, is that no one team has built a dominant dynasty, yet!

The hugely supported Melbourne Victory are the reigning champions for a second time, but Sydney, Newcastle, Adelaide and  provincial Central Coast  have all won minor or major titles. What price this season producing yet another different title winner? It’s a tough long campaign in the baking heat of summer Down Under, but if early form is an indication then financially backed Gold Coast look to be favorites.

(Center Line Soccer welcomes a new addition to our roster in the person of Matthew Hunt, a columnist for New Zealand's TVNZ. Matt has a unique perspective on international soccer as well as today's topic, the Australian A-League. Glad to have you aboard, Matt — Editor)