Jose waves his Special Wand as Madrid thrash a Depor side

Share All sharing options for: Jose waves his Special Wand as Madrid thrash a Depor side 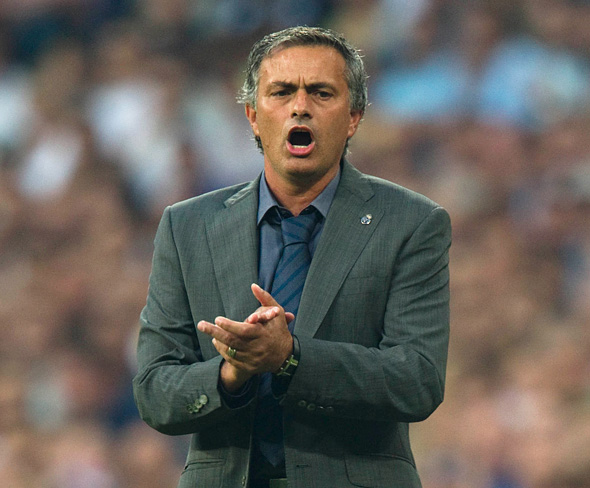 Does the Special One have a Special Wand? Despite his protestations, Andy May thinks he does. Photo: Back Page Images, isiphotos.com.

After Real Madrid's emphatic 6-1 victory over Deportivo, Jose Mourinho reminded us that he "is not Harry Potter" and that his Real Madrid project is still a work in progress. Well, Jose, I am sure the performance will have been magical enough for Madrid's Dumbledore, Florentino Perez.

The high-profile president has given his head coach all of the support he needs, as six new signings arrived over the summer and Mourinho changed the club's pre-season plans in order to fit in a trip to the United States, where he previously went with Chelsea.

It was one of last year's big arrivals that inspired the whites against a very Depor opposition. Ron-weasley-aldo was back to his best after a slow start to the new season. Aside from his two well taken goals, the Portuguese attacker's other efforts were much more accurate and it was good to finally see Cristiano — who probably wont be dying his hair ginger any time soon — smiling during a game.

As Karim Benzema battles for a place in Mourinho's starting line up, Gonzalo "Hermoine" Higuain showed why he bagged 27 league goals last season. His cross for Angel di Maria's header was pinpoint stuff and then the two Argentine's swapped roles, with Higuain scoring his second of the season in La Liga.

At times, Real Madrid may as well have been unfairly using a magic broomstick — that is how shocking Deportivo were. That said, you cannot take anything away from a solid and ruthless home display in the Spanish capital. Just because Madrid's opponents are completely and utterly dreadful it does not mean that Mourinho's men were not superb at the Bernabeu.

Jose has a very strong squad and it was unfortunate that Iker Casillas and his defense were denied a seventh clean sheet in eight matches, in all competitions. Although none of the white's back line look anything like Hagrid, they are equally as imposing. But this should not be a surprise — Mourinho has always built a team from the back. At Porto he had Riccardo Carvalho, at Chelsea he has Riccardo Carvalho and at Madrid, well, he has got a chap called, er, Riccardo Carvalho.

Whilst it is true that Real Madrid are yet to face Barcelona and a strong Valencia or Villarreal side, they have conceded the fewest goals — two — in La Primera and scored a joint top total of twelve.

I predicted a title win for Mourinho at the start of the season and I stand by that. His squad is better than Barcelona's — particularly when it comes to fighting on three fronts.

After hammering Deportivo, Jose also said, "I am not a movie star."  Anyone for Xabi the Hutt and El Clasico Wars?