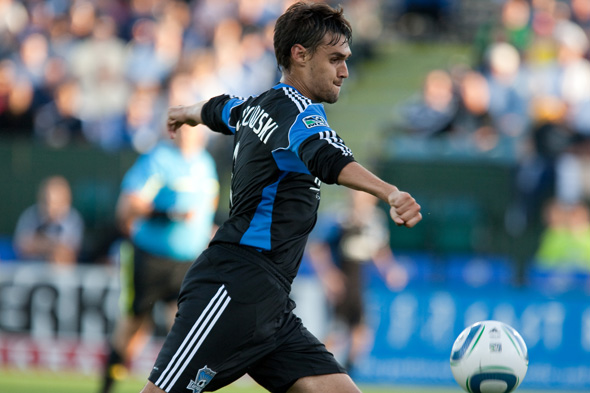 MLS scoring champion Chris Wondolowski and midfielder Sam Cronin have been invited to join the US National Team when it opens training camp January 4, as Bob Bradley looks to broaden his pool of talent ahead of this summer’s CONCACAF Gold Cup.

24 players were invited to camp, including 20 from MLS, as Bradley prepares for a couple of upcoming friendlies: January 22 against Chile at the Home Depot Center and February 9 when the USMNT travels to Egypt.

If or when he sees action, it will be Wondo’s first cap, and hopefully not his last. Cronin, who made a couple appearances back with the USMNT in 2009, was a surprise addition to a roster than lacks Houston’s Geoff Cameron.

For Wondo, it’s an opportunity to earn some well deserved recognition after banging home 18 goals this past season. His ability to not only hit a ball first time (Ryan Johnson, take notes) but to do so with a sense of purpose sets him apart from most MLS forwards, yet if you asked sports fans around the Bay Area “who led MLS in scoring in 2010?” very few would come back with the correct answer.

Here’s the list of training camp invitees. Who do you think should be the starting 11 against Chile?