This week in Quakes training — a look at the veterans

Share All sharing options for: This week in Quakes training — a look at the veterans

Despite the off-field wrangling between Major League Soccer and the Players' Union over a new Collective Bargaining Agreement, it was "business as usual" on the pitch, according to Earthquakes head coach Frank Yallop this week. Continuing their preparations for the scheduled start of the 2010 season on March 27, the team continues to build on their extensive fitness training while increasingly introducing drills and scrimmages to their daily practices.

It has been hard to rate the players based solely on watching them run suicides and stadiums in prior weeks, so it has been a pleasant change to see everyone taking to the field on a regular basis. With that in mind, here are some of the highlights from this week: 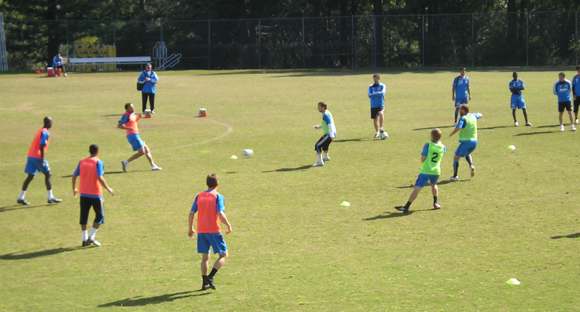 Check back later for an update on some of the younger players that are making their case this preseason for minutes in the 2010 season...