Share All sharing options for: Quakes photos from Thursday training

As we wrote about in the prior post, the San Jose Earthquakes added scrimmages to their Oakland Coliseum training sessions this week. Below are a few photos from the field. 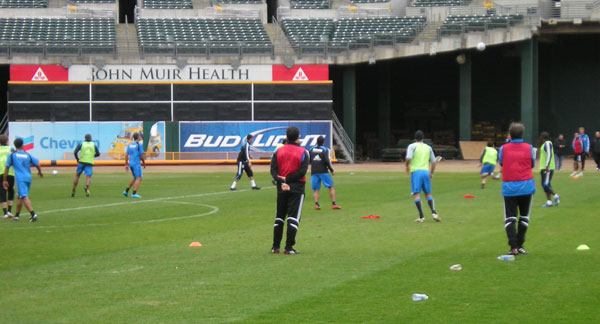 Eduardo is in the light blue boots in front of goal. Not long after this photo, he received the ball, turned his defender, and rifled a ball just over goal. All in all, he showed a very nice initial touch and good strength to face up to goal. 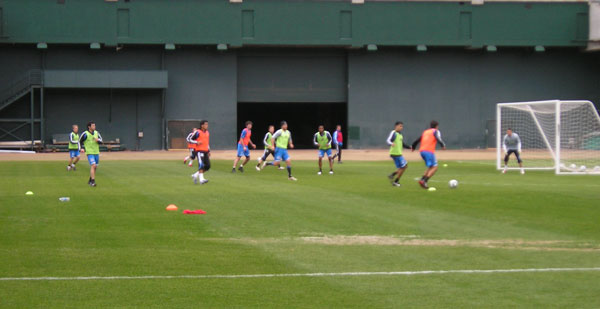 Rookie Andrew Hoxie, in the middle of this shot, would take the rebound off the saved shot coming up from Wondo and bury it into the far upper corner. Very nice... 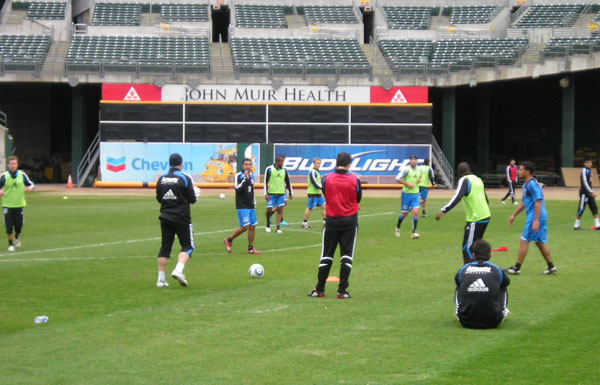 A small break in the action lets coaches Yallop and Watson address the players. 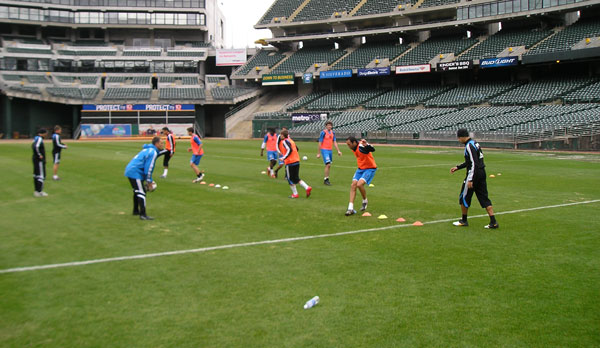 Two teams at a time in the scrimmage, with the third time working on agility drills. Ramiro Corrales prepares to receive the ball from his assistant coach after weaving through the cones. Jason Hernandez, while not quite ready for the on-field play, stays sharp in the fitness drills as he continues his rehab from ankle surgery. 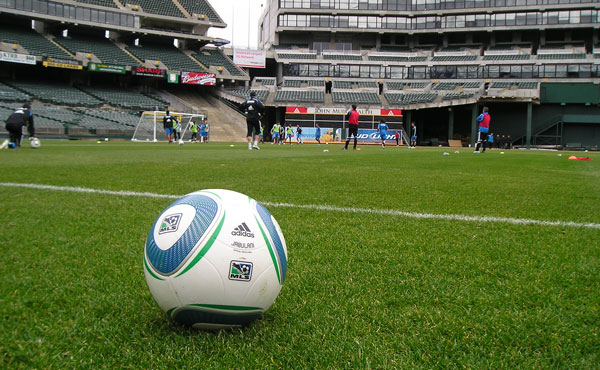 Don't you just want to give the ball a big kick? I was tempted, but saw a nice photo opportunity instead. By the way, MLS has adopted the new Adidas Jabulani ball for the 2010 season -- the same ball that will be used in this summer's World Cup.