Share All sharing options for: Earthquakes back in town, face Houston Dynamo tonight

The Earthquakes completed their 10 day camp at the Tottenham Hotspur training facilities in Chigwell this past weekend, and Tuesday saw their return to stateside practices at West Valley College in Saratoga. Looking refreshed from the day off Monday, and playing with an intensity perhaps learned by watching some of English football's finest teams, the players participated in a solid set of drills and scrimmages.

Wednesday is a busy day for the team: in the morning they play host to local PDL club Los Gatos Storm in a scrimmage at WVC, followed by a trip up the peninsula to Kezar Stadium in San Francisco to face MLS competition in the Houston Dynamo. The morning friendly will allow many of the players not expected to play in the evening a chance to get in some game action. Against the Dynamo, Head Coach Frank Yallop stated that he expects to field a starting XI not unlike the one we will see March 27th for the season opener against RSL.

Currently, no one is out due to injury - a pleasant sign going into the last two weeks before the regular season begins - but three players were missing from practice. Defender Ike Opara returned to Wake Forest directly from his time in England and is only scheduled to join the team sporadically until classes finish in May. Eduardo is currently in Brazil sorting out his visa and getting his family ready for the upcoming season -- he is expected to return later this week, and should be ready to play in the season opener. Arturo Alvarez skipped practice due to an unspecified illness, strictly as a precaution at this time.

For the rest of the 23 players in camp, the day was filled with a promising intensity in possession drills run by assistant Coach Mark Watson. The physical play was encouraged throughout the 5 on 5 drills, with each squad scoring points based on consecutive touches. When the players combined together for a 10 v. 10 scrimmage that closed out the day, the intensity of play remained. 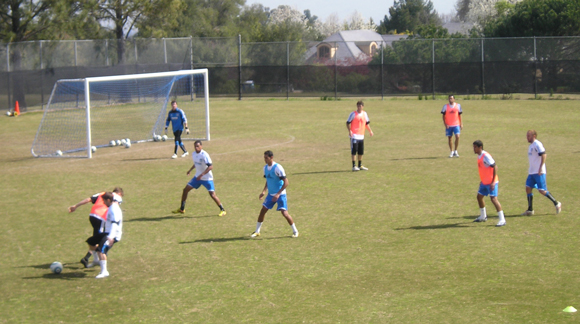 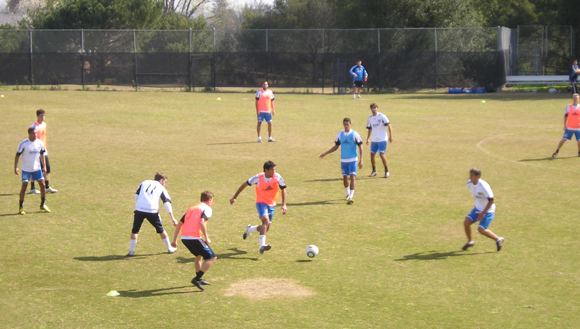 As we reported earlier today, the Earthquakes signed all three of the remaining draft picks still in camp -- Brad Ring, Justin Morrow, and Steve Beitashour -- raising the number of signed players on the current roster to 25. Trialist Omar Jassey returned to camp this week, after being unable to join the team in England due to visa issues, bringing the total number of players to 26. An interesting sidebar to these numbers comes when comparing to the previous roster limits of 24 players that was in place last season. Until a new CBA is agreed upon by the league and the players, the Earthquakes can carry extra signed players until a new limit is announced. Perhaps that uncertainty is contributing to the high level of practices we saw today, and throughout the preseason. At the very least it is a promising sign for the regular season. 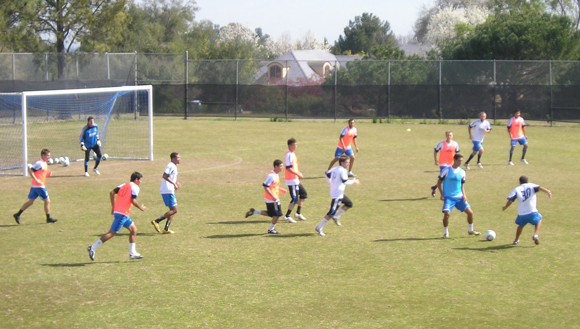 Andre Luiz back on the field after recovering from knee surgery 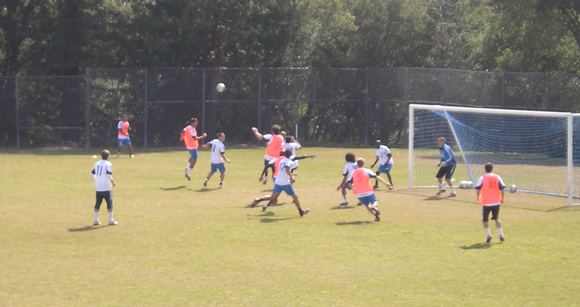 Coach Yallop jogged over to the sideline after practice on Tuesday to answer a variety of questions from the assembled media. I'll leave you with one subject here and save the rest for the next Center Line Soccer podcast. Enjoy!

Looking back at the preseason camp in England, how was the experience for the coaches and the players?

"It was a great overall trip," said Yallop. "Not only with the team playing well, but the guys got a chance to know each other well. I think the experience of being at a club like Tottenham was great for our players. You can't really put it into words what it means to be around a professional environment and a good team like that."

Three victories in three games and no goals allowed. Talk about the performances of rookie defender Ike Opara and the rest of the defensive line.

"He played all three games and was very good. He stepped right in and didn't look out of place at all. He was probably one of the most consistent players on the trip." Yallop was quick to add, "In fact, all the defenders did very well. We had three clean sheets, which is always good."