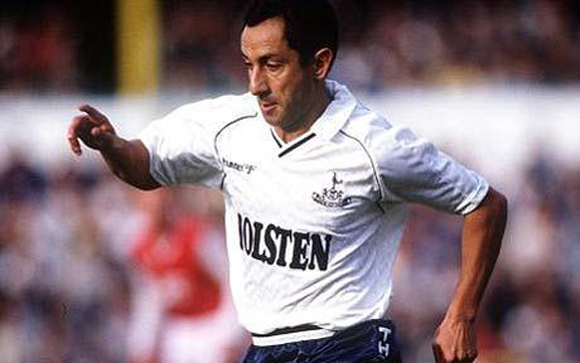 While the Tottenham Hotspur players conducted a game of 8 v. 8 at the San Jose Earthquakes training facility, a Spurs legend looked on from behind the south goal. With a smile stretched across his sun bathed face, Osvaldo Cesar Ardiles -- better known as Ossie -- still looked as if he was ready to get back on to the field at a moments notice. Traveling with Tottenham on their U.S. tour, Ardiles graciously sat down with me to talk about the just completed World Cup, the development of the U.S. National Team, and the outlook for Spurs heading into the EPL season.

Both a former player and manager of Spurs, Ardiles is most well known for winning the World Cup as part of Argentina's squad in 1978. He arrived at White Hart Lane in England, and alongside midfield partner Glenn Hoddle, helped lead Spurs to two FA Cups and one UEFA Cup during his 10 year playing career. He left Spurs in 1988 and retired three years later to embark on a managing career with numerous clubs throughout the world. During the 2010 World Cup finals, Ardiles spent the entirety of the tournament in Johannesburg providing commentary for European television.

Ardiles will be out and about this weekend, as well as being in attendance Saturday afternoon when Tottenham take on the Earthquakes at Buck Shaw Stadium. For the time being, with the sounds of the current Spurs training in the background, have a listen as Ossie Ardiles and I watched and talked some soccer.