Share All sharing options for: Valencia's Maduro tabs Mata as a future star for club, country 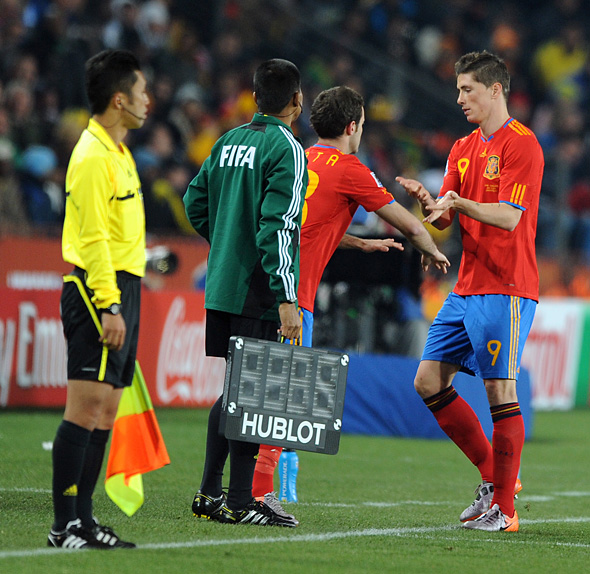 With David Villa and David Silva gone, up-and-coming Valencia defender Hedwiges Maduro believes that his club already have their next super star in Juan Mata. "We have so much confidence in the young attacker, it's great to have him in the team."

Mata is still only 22 and yet he is a huge part of the current Valencia side, who are taking on the likes of Manchester United and Rangers in the Champions League. Last season, Mata bagged fourteen goals in all competitions as Unai Emery's men secured their place in European football's top competition.

Already Mata plays with experience beyond his three years in Spain's top division; his pace is complimented by that goalscoring ability and a sheer determination to maintain Valencia's early push for the title. It is unlikely they will knock Barcelona and Real Madrid out of the top two — both sides have much better squads — but they seem hell bent on making a good go of it.

Maduro definitely thinks Valencia can win La Liga for the first time since 2002, when Rafa Benitez was in charge at the Mestalla. "For sure, we pose a threat to Real Madrid and Barcelona — we played well against them last season but our form elsewhere let us down. We look stronger in that area this time and we are playing better away from home."

With Villa now at Valencia's title rivals, Barcelona, Maduro and his teammates are relying on Mata to score goals and also create them. During the last campaign, the Oviedo-born attacker set up eleven in La Liga, which was bettered only by Barca's Xavi.

And at the moment, Xavi is one of several players at the Nou Camp who are blocking Mata's development at international level. Despite scoring three goals in qualifying for the World Cup, Mata only featured once in South Africa, when he came on as a late substitute against Honduras.

Maduro is certain that 2010/2011 will be a big year for the former Real Madrid youth. "He is now our only Spain international, with Villa and Silva no longer playing for us. Mata will show his skills I am sure."

Vicente del Bosque will — quite rightly — be in no rush to tinker with a settled and successful midfield but Mata's name is definitely one of the first on the Valencia team sheet. And he has already achieved more at international level than Villa and Silva did by the time they were 22.