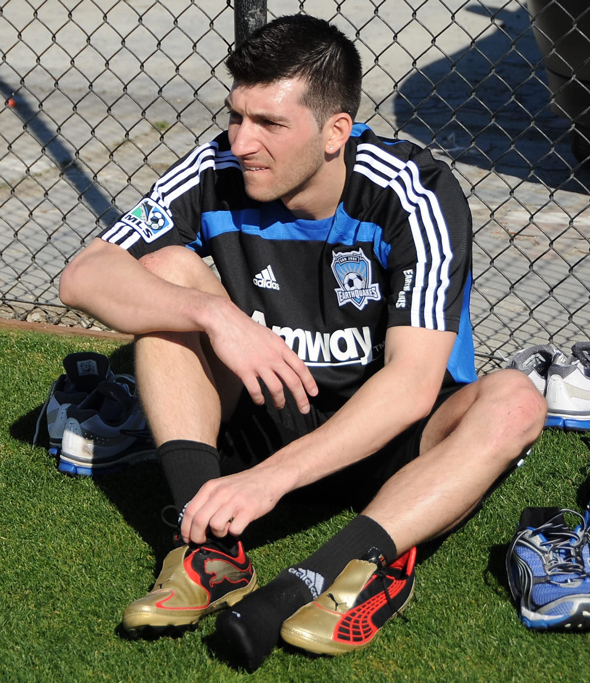 The San Jose Earthquakes today made official what General Manager John Doyle shared after the team’s first preseason training session on Thursday —midfielder Tony Donatelli has signed with team. As is usual in these cases, terms of the deal were not disclosed. A native of Glenside, Pennsylvania, Donatelli went to college at Temple University and was a supplemental draft pick of the Houston Dynamo in 2006. In a press release from the team, Doyle described the new acquisition.

“Tony has had a great career in USL First Division and was a part of two championship teams,” said Doyle. "He also did well in CONCACAF Champions League games against very good competition. We think he will be a solid addition to our team.”

Donatelli was previously with the Montreal Impact, where he teamed with current Earthquake Joey Gjertsen to capture the USL-1 championship in 2009. His 2010 season was by far his best as a professional, where he scored seven goals and had three assists in 30 games for the Impact. The attacking midfielder also spent time with the Vancouver Whitecaps after to failing to make the squad in Houston and prior to moving to Montreal in 2008.

Note on the video highlights: notice how often Joey Gjertsen is mentioned as well. Perhaps some good chemistry between the two former USL-1 teammates?