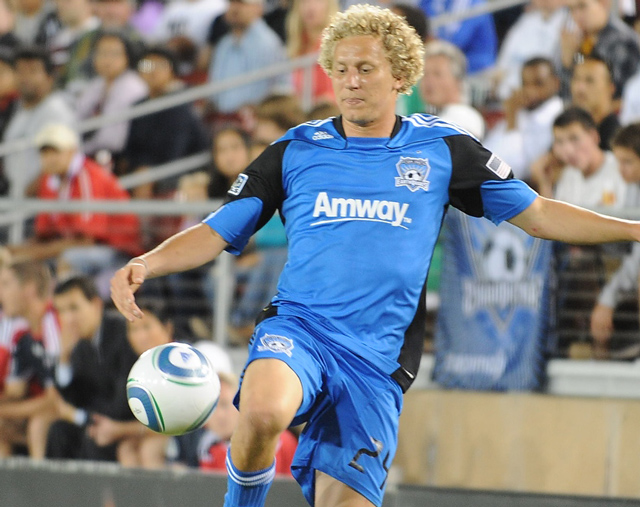 With the Montreal Impact set to join MLS in 2012, the league will conduct an Expansion Draft early Wednesday to officially transfer the rights to ten current MLS players. In an effort to keep the newest MLS franchise from raiding their meager supply of offensive minded players, the San Jose Earthquakes announced that five of those they were protecting had at some point in 2011 played at forward. Chris Wondolowski, Khari Stephenson, Simon Dawkins, Alan Gordon, and Steven Lenhart collectively make up half of the ten field players that will be exempt from selection by Montreal.

The draft, which has seemingly become an annual pre-Thankgiving rite during the current era of MLS expansion, will allow the Impact to pick no more than one player from each of 10 of the 18 teams currently in the league. Among the list of Earthquakes players made available to the Canadian side are midfielders Brad Ring, Anthony Ampaipitakwong, Joey Gjertsen, and Jacob Peterson; forwards Ellis McLoughlin and Scott Sealy; and defenders Bobby Burling, Ramiro Corrales, and Nana Attakora. Most likely to catch the attention of the Impact are Canadian international Attakora and former Impact player Joey Gjertsen. Defender Bobby Burling, an important starter for the Earthquakes for much of the past two seasons is also a tempting target for Montreal.

Notably, of the three players the Earthquakes received from Toronto FC in exchange for forward Ryan Johnson back in July, only Gordon was protected while Attakora and Peterson were left dangling. At the time of the trade, the Quakes were looking to fill the void left when Lenhart requested and was granted an indefinite leave of absence from the team, and head coach Frank Yallop needed another option at target forward. Even after Gordon was revealed to be suffering from abdominal injuries and was forced to undergo season ending surgery, Yallop stated that he expected Gordon to play a big role for the Earthquakes in 2012.

Not eligible for selection in addition to the forwards listed above and Generation adidas contract holders David Bingham and Ike Opara. Both players are expected to be major figures in head coach Frank Yallop’s plans for the 2012 season, with Opara slated to resume his spot in the starting central defensive pairing along side Jason Hernandez, and Bingham continuing his development work as an understudy to Earthquakes two-time Defensive Player of the Year Jon Busch.

Joining Corrales and Sealy as MLS veterans on the unprotected list is malcontent midfielder Bobby Convey. Already expected not to be with the club in 2012, Convey is expendable to the Earthquakes, but probably too expensive for the Impact to consider choosing. More than likely, Convey will go unselected, and the Earthquakes will decline the option on his contract and he will become an MLS “free agent” eligible for the Re-entry Draft in December. At any rate, the two-time MLS All-Star’s playing days in San Jose are all but over.