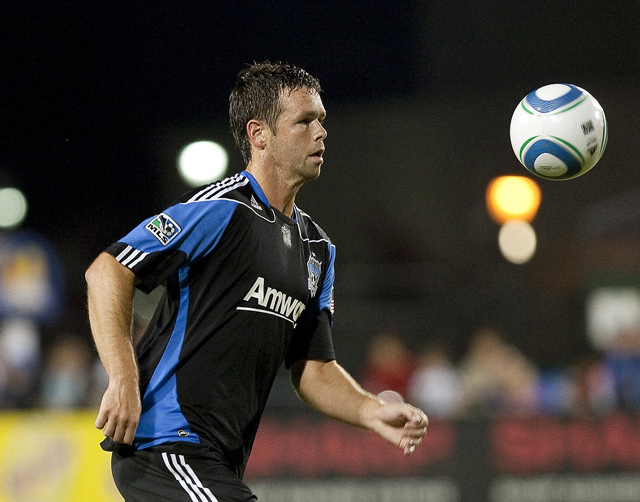 With the fourth pick in the MLS Expansion Draft, the Montreal Impact selected San Jose Earthquakes defender Bobby Burling. The 27-year old starting centerback just completed his fifth season in MLS and will be joining his third team. After being unsigned by the Los Angeles Galaxy coming out of Loyola Marymount University, Burling joined Chivas USA and played three seasons with the Rojiblancos before being traded to the Earthquakes. His new coach at Montreal, former Chivas USA teammate Jesse Marsch, was profuse in his praise for the Quakes defender.

“Burling is a player I have history with,” said Marsch during the press conference to announce the Impact’s Expansion Draft selections. “I spent time with him at Chivas USA. A big strong defender, a competitor that is good with his feet, smart. He will be a good foundation for our back line to build off of and he’s still a young man with a bright future, a great future ahead of him.”

Burling has admirably played the role of back-up central defender in his two-plus seasons in San Jose, making 48 appearances and scoring his lone career goal while wearing the Blue-and-Black. He was out of contract following the 2011 season, and will likely be replaced in the 2012 starting line-up by a potentially fully recovered Ike Opara. Earthquakes general manager John Doyle expressed optimism that losing Burling would not greatly impact the team next season.

“We are disappointed to lose him, we liked Bobby,” said Doyle following the announcement of Montreal’s selections. “He’s been good for us, great in the community and a good guy But we still have Jason Hernandez and a healthy Ike Opara, and we are looking to sign Nana Attakora and another centerback.”

Whether San Jose finds that back-up defender through the myriad MLS drafts that start in December with the two stages of the Re-entry Draft, or that player comes through free agency is still to be decided. Either way, the contributions Burling made on and off the field since joining the team in 2009 will be missed by the Earthquakes and the community.