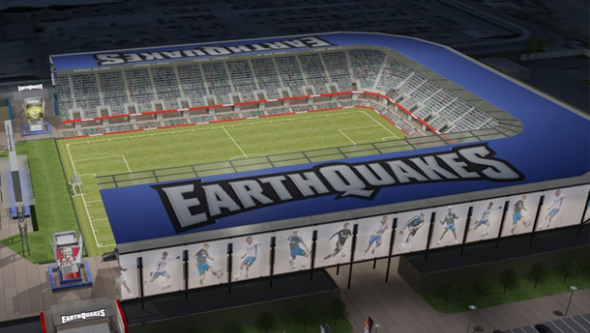 The San Jose Earthquakes will begin preparations for construction of their proposed new stadium with a ceremony on March 3, 2011 celebrating the demolition of exisiting structures on the stadium property.

The San Jose Earthquakes announced today that they will be holding a ceremony on Thursday, March 3rd to mark the start of the demolition of the Food Machinery Corporation factory buildings that currently stand on the land earmarked for the team’s new soccer stadium. A large and highly visible eyesore just a stone’s throw to the south of the Nutrilite Training Facility in San Jose, the building removal is the first step in mitigating the environmental issues that exist on the property. The demolition was to be originally paid for by the City of San Jose, but in an amendment to the land purchase deal between the city and the developers passed last December, the Earthquakes will assume the nearly $2 million cost to clear and clean the land.

The event will kick off immediately following the regularly scheduled Earthquakes practice that morning at the NTF. Following a special ceremony at noon in front of the FMC plant involving local San Jose dignitaries, season ticket holders and members of the Earthquakes management, the demolition of the building will begin. Attendees will include Managing Partner Keith Wolff, Earthquakes President David Kaval, General Manager of Soccer Operations John Doyle, members of Soccer Silicon Valley, the San Jose City Council and Santa Clara City Council and other local dignitaries. 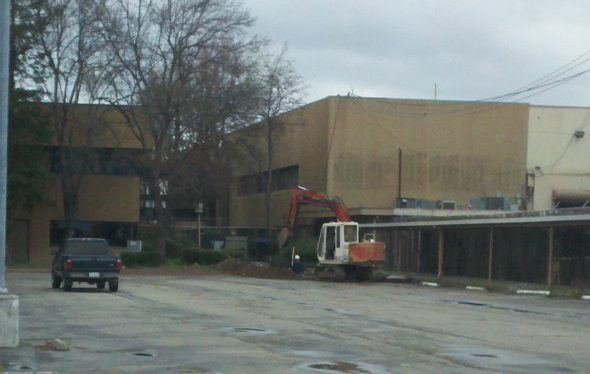 A heavy machinery sighting on Monday, February 14th, at the FMC buildings proved to be a premonitory sign that activity was forthcoming on the San Jose Earthquakes proposed new stadium.