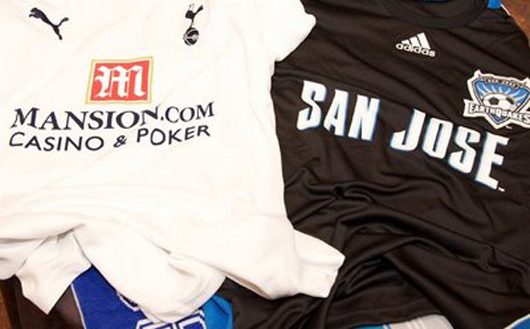 The San Jose Earthquakes expect Tottenham Hotspur reserve midfielder/striker Simon Dawkins to join the team this week ahead of their MLS regular season opener with Real Salt Lake on Saturday, March 19th. Sources with the team confirmed that Spurs and the Earthquakes have agreed on a loan deal for the 23-year old that will see him in San Jose for the 2011 season, and head Coach Frank Yallop revealed to reporters of his impending arrival. General Manager John Doyle said earlier last week that when the loan deal is completed, Dawkins will complete the procedure of securing a work visa and his International Transfer Clearance (ITC) while in England before joining the Earthquakes for training in the United States on a permanent basis, primarily to avoid the need to return at a later date to secure those documents.

Coach Yallop spoke about the impeding arrival of Dawkins in his post match comments following Saturday’s 1-1 draw with the Portland Timbers. Yallop described the 23-year old striker/attacking midfielder as a gifted technical player that showed the ability to link well with the offense during his training stint during the Earthquakes preseason camp in England. He went on to say that he measured up very well with the talent in MLS and he could in fact feature as a starter this weekend against Real Salt Lake.

The loan signing of Dawkins will mark the first time that a player has moved between Tottenham and San Jose since the two teams signed a historic partnership agreement midway through the 2008 season. As part of the partnership, Spurs have played an exhibition match against the Earthquakes last July, while the Quakes have made two successive trips to train in England the past two preseasons. The opportunity for the clubs to exchange players for training and on loan signings was intended as a product of the partnership announced on October 9th, 2008.

Dawkins played 90 minutes for the Earthquakes in a preseason match against a Birmingham City reserve team on February 22nd, creating several scoring opportunities from his central midfield position while also suffering six fouls. The Quakes won that match 4-0 behind a brace from Steven Lenhart and a goal apiece from Chris Wondolowski and Joey Gjertsen. He spent additional time with the Earthquakes during regular training sessions at Spurs Lodge during their 10-day visit to England.

SAN JOSE, Calif. - The San Jose Earthquakes announced today that the club has acquired 23-year-old attacking midfielder Simon Dawkins on loan from club partner Tottenham Hotspur. Per league and team policy, terms of the deal were not disclosed.

Dawkins suited up for San Jose during the team’s 10-day trip to England from Feb. 18 to Feb 27. He started and played 90 minutes in a dominant 4-0 win for San Jose against the Birmingham City reserves.

“We were very impressed with Simon’s play against Birmingham City and I thought he fit in perfectly with our lineup,” said Earthquakes General Manager John Doyle. “This signing further exemplifies the positive relationship we have with our club partner, Tottenham Hotspur. Along with the hospitality shown to us during our trip to Spurs Lodge, this is another step forward for our clubs.”

At an early age, Dawkins was tabbed as a player with exceptional talent. He was capped once for the England Under-17s and joined Tottenham Hotspur as an Academy Scholar in July of 2004. In that first season with the Spurs, the Edgware, England native made 20 appearances with the club’s U-17s. One year later, he signed a professional contract with Tottenham Hotspur and split time between the U-18s and reserves.

Dawkins started 13 of 18 games and scored twice during his first full season with the Tottenham Hotspur reserves in 2006-07. He was also named to the substitute’s bench for the second leg of a UEFA Cup first-round match against Anorthosis Famagusta of the Cypriot First Division.

“He is a man now and he wants to go away and play football and is obviously delighted to be getting the chance to go and play in MLS,” said Tottenham Hotspur Technical Coordinator Tim Sherwood. “Simon is gifted, he holds the ball up well, sees his teammates and has a good appreciation of the game. I think he will do well [in MLS].”

After a successful stint with the Spurs Reserves, Dawkins went on loan with League One side Leyton Orient. In 2008-09 with the O’s, Dawkins notched an assist during a 4-2 win in a Johnstone’s Paint Trophy match against Southend on September 2 and made 11 League One appearances.

“Simon is an intelligent player and does a great job of finding the ball in the midfield and forward areas,” said Earthquakes head coach Frank Yallop. “He adds a different dimension to our midfield and we look forward to his contributions. He’s still young and has plenty of potential.”