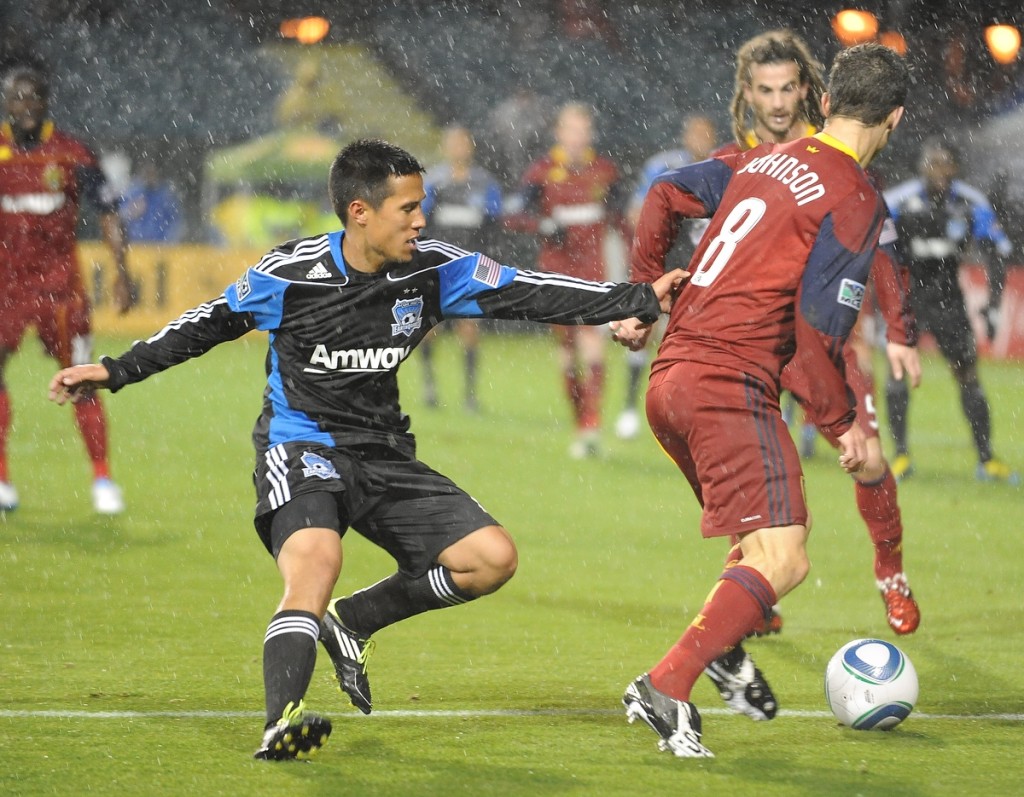 Still licking their wounds from a dreadful 3-0 loss to New York over the weekend, the San Jose Earthquakes have returned to the Bay Area ready to put the trip to Red Bull Arena firmly in the past. With a full slate of training ahead of this Saturday’s match-up with Chivas USA at Buck Shaw Stadium, the Quakes also make room on the schedule for a scrimmage with the Stanford University Men’s Soccer team. Scheduled for a 7 p.m. start at Stanford’s Cagan Stadium, the Earthquakes are expected to field a side composed of primarily reserves to face the Cardinal.

With the less than optimal performance by the first teamers against the Red Bulls, the reserves will be gunning to show head coach Frank Yallop and the rest of the Earthquakes coaching staff that they deserve consideration for this Saturday’s match-day roster of eighteen. Players that have made limited appearances so far in the Quakes first five games of the season such as Scott Sealy, Anthony Ampaipitakwong, Matt Luzunaris, and Brad Ring have the opportunity with these reserve scrimmages to force themselves into consideration for more playing time. Defenders Bobby Burling, Steven Beitashour, and Justin Morrow are still looking to make their MLS season debuts and could spell a Quakes defense that has been less than acceptable for stretches of the first five regular season games.

Meanwhile, Stanford head coach Bret Simon will look forward to accessing his squad’s preparedness for the fall season after losing seven seniors this year, including Bobby Warshaw and Ryan Thomas selected by FC Dallas and the Los Angeles Galaxy respectively in the 2011 MLS SuperDraft and Supplemental Draft.

The Earthquakes will also play an MLS Reserve League match this weekend immediately following the Saturday match with Chivas USA. Scheduled for 4:30 p.m. at the Nutrilite Training Facility, the Quakes reserves get their second run out of the week in their third Reserve League match of the 10-game season. For fans interested in attending, please be advised to pack a folding chair or two in the back of your hybrid SUV and head over the Cal Train tracks following the conclusion of activities at Buck Shaw Stadium. Not only will you get to enjoy another 90 minutes of soccer action, but you can also get a first-person look at the proposed new stadium site now bereft of warehouses.