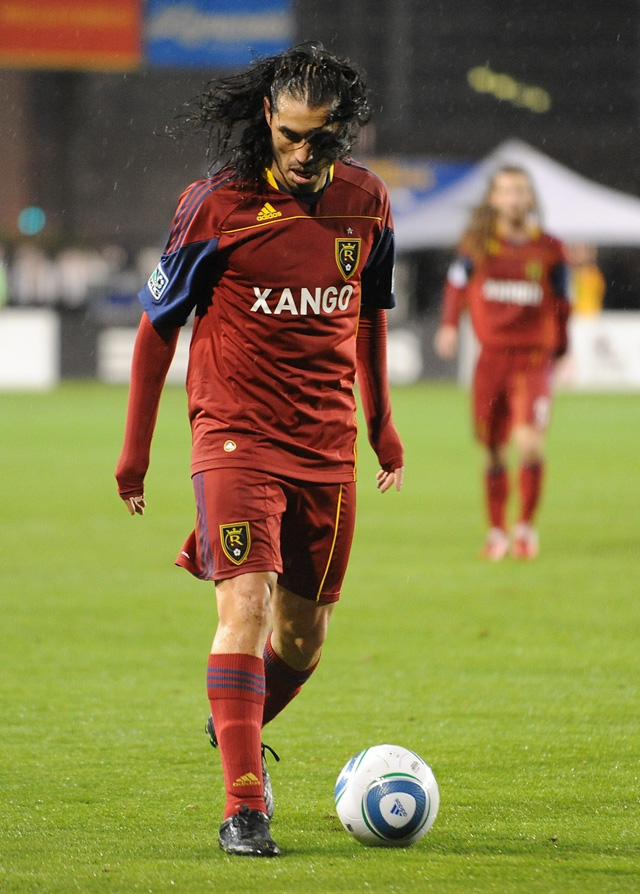 An un-objective and un-comprehensive look at the week that was.

Philadelphia? Ouch. Yes, a horrible call robbed the Quakes of what would have been a morale-boosting, hard fought point on the road, but if you tuned in at half-time, and had the sound muted, would you have been able to tell which team was playing a man down? I understand the concept of team defense, and San Jose was working hard all afternoon, but who’s running the offense?

This space hosts an un-comprehensive look at the league, but I shouldn’t have hit the “send” button last week without saying something about reigning MLS MVP David Ferreira getting his ankle fractured in Vancouver. I went back and checked the game summary, and no card was given on the play. Ouch, indeed. Brian Mullan got a 10 game suspension and a $5K fine for his work; let’s hope some justice is sent the Whitecaps’ way soon.

In other "ouch" news, Salt Lake fell a goal short of Big Time Glory last week, but let’s accentuate the positive with an illustration of how far the game and the league has progressed in this country. Let me take you back to January 21, 2001, when the LA Galaxy hosted Olimpia (Honduras) in the CONCACAF Champions Cup Final. Until last week, it was the last time a MLS club has been this close to the regional title. Ezra Hendrickson scored the game winner in a 3-2 LA win. 8,147 fans, most of them rooting for the visitors, rattled around the 90,000 seat LA Coliseum. While the result in Utah was disappointing, the sell out crowd and the scene at Rio Tinto was all good.

Coming off the CCL loss, RSL had to be feeling down in Portland. Add to that the JELD-WEN home field advantage and the Timbers got their first clean sheet, 1-0.
The 11th pick of the 2011 SuperDraft, Will Bruin, raised his career scoring total from 1 to 4 as Houston dominated DC Friday night. Brad Davis continues his steady, impressive career; his two assists on curling crosses upped his season tally to 6, best in MLS.

Too early for Supporter’s Shield races? NY trails LA by a point, but has two games in hand. The Galaxy fell in the Texas rain — a lucky Brek Shea cross hit the side netting for FC Dallas with less than two minutes on the clock — while the Red Bulls enjoyed their third straight shutout win, 1-0 over KC.
Columbus is unbeaten in six after their 2-1 win over Vancouver, but still couldn’t draw 12,000 at home.

Seattle, with several salutes to the fallen Steve Zakuani, dominated Toronto 3-0 at Qwest. Toronto has scored all of 3 goals in 6 games since Dwayne De Rosario caught a plane to New York.

Looking ahead, I know Frank Yallop and the Earthquakes in general tend to dismiss US Open Cup games as little more than a distraction from the task at hand, but Tuesday’s match in Portland comes at a good time for San Jose. If anybody on the San Jose bench has been frustrated by a lack of opportunity, now’s their chance to write their name on the line-up card. With JELD-WEN rocking it will be a test, not some easy exhibition game.