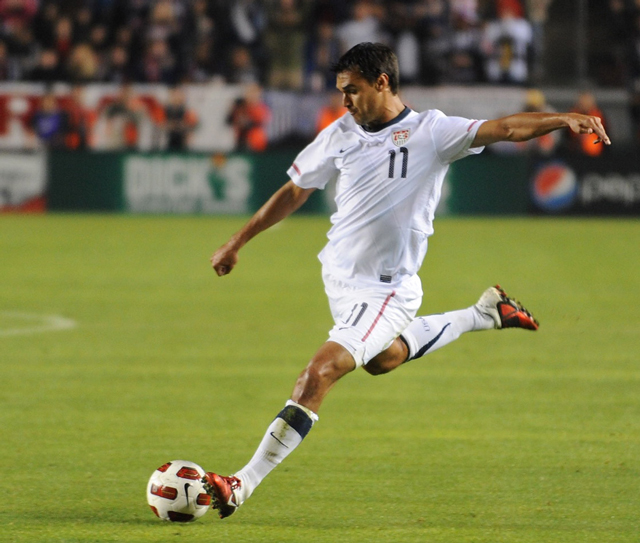 In what many outside of San Jose found surprising, Earthquakes striker Chris Wondolowski was named to the U.S. Men’s National Team roster for next month’s international friendly with Spain and the CONCACAF regional championship, the Gold Cup. Wondolowski, the Quakes leading scorer in 2010 and tops on the team again this season with five goals in ten league matches, is one of just six players from MLS selected by head coach Bob Bradley to his 23-man roster. He will remain with the Quakes through this Saturday’s MLS match at the Chicago Fire before being joining the USMNT training camp in Cary, North Carolina on Sunday.

When the announcement of Bradley’s 23-man roster was delayed until later in the day on Monday, many speculated that it was due to some late tinkering regarding players on the selection bubble. In fact, there was at least one player decision that was made following a weekend’s worth of club soccer, but that wasn’t regarding the San Jose forward. Wondolowski and Earthquakes head coach Frank Yallop both shared that the invitation to be part of the Gold Cup Squad came last Friday and was not the result of an eleventh hour inclusion. In his press conference to discuss his player selections, Bradley stated that Wondolowski has impressed him ever since getting to know him better during a national team camp in January, and it was only logical to bring in a proven goal scorer for a national team that has lacked some punch from its forwards.

“As we watched different games (in MLS), we felt strongly that Chris Wondolowski is in good form, has scored some very good goals, different kind of goals,” shared Bradley. “Chris seems to be a player that gets a couple of chances every game.”

While the call-up to the national team is a great individual honor for the once-capped 28-year old striker, the Earthquakes will miss the presence of their team captain over the next month. Starting with the June 4 home game against the Houston Dynamo, Wondolowski could miss up to four regular season MLS matches. In fact, the championship game of the Gold Cup falls on the same day as the Los Angeles Galaxy’s visit to Buck Shaw Stadium, June 25. And while many San Jose supporters knew that Wondolowski was worthy of a national team call-up long before the news broke Monday morning, many undoubtedly wish that knowledge of the talented forward remained their little secret.

Media interview with Chris Wondolowski after his USMNT selection was announced: May 23rd, 2011

Media interview with Head Coach Frank Yallop discussing the selection of Chris Wondolowski to the USMNT: May 23rd, 2011