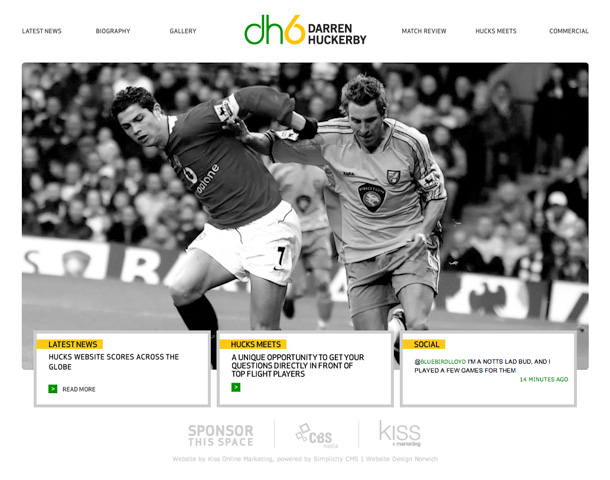 When Darren Huckerby came to San Jose to play for the Earthquakes in 2008, one of the reasons for the move was his vow to never play against Norwich City, his former side in England. Yesterday, his beloved Canaries defeated Portsmouth 1-0 to win promotion to the Premiership, and Hucks himself wrote this match report for his website, dh6.co.uk.

That's not all he's been up to. Huckerby has also started a charity, the Darren Huckerby Trust, to give back to the community in Norwich. Events sponsored by the trust to date have included a fashion show. We always thought Hucks was a snappy dresser!