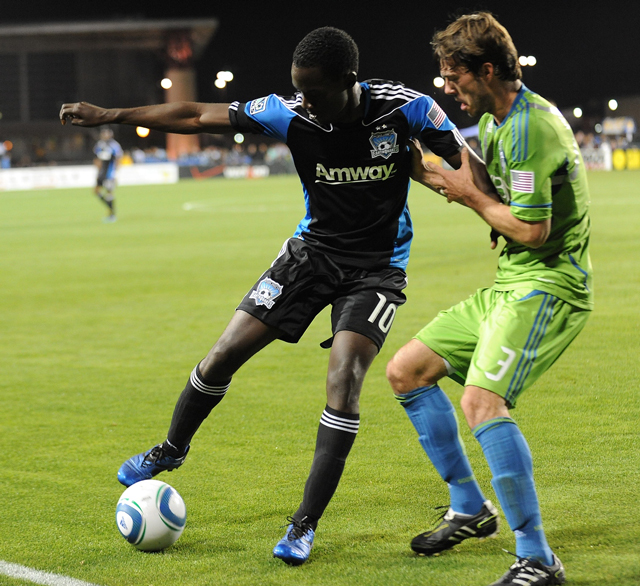 San Jose Earthquakes midfielder Simon Dawkins had bilateral simultaneous fasciotomy surgery yesterday on both calves and will be out for 4 to 8 weeks according to head coach Frank Yallop in comments following training on Friday. The loanee from Tottenham Hotspur was held out of last weekend’s MLS match with Philadelphia due to exertional anterior compartment syndrome in both his calves, and he underwent evaluations to determine whether resting the injury would be enough to allow Dawkins to recover, but surgery was determined to be the best course of action to hasten his return to action.

The talented 23-year old midfielder, with a history of injury issues throughout his young career, has scored twice for the Earthquakes in five starts. In his last two games against the New York Red Bulls and Chivas USA, Dawkins has not looked as active as earlier in the season; however, no information was given about when he suffered the calf injury. Dawkins is on a one-year loan from Tottenham Hotspur, the Earthquakes partner club in the EPL, and will miss between 5 and 9 matches during his rehabilitation.