Quakes Cast Episode 17: Scoreless against the short-handed Galaxy, looking to exact revenge against the Red Bulls

Share All sharing options for: Quakes Cast Episode 17: Scoreless against the short-handed Galaxy, looking to exact revenge against the Red Bulls 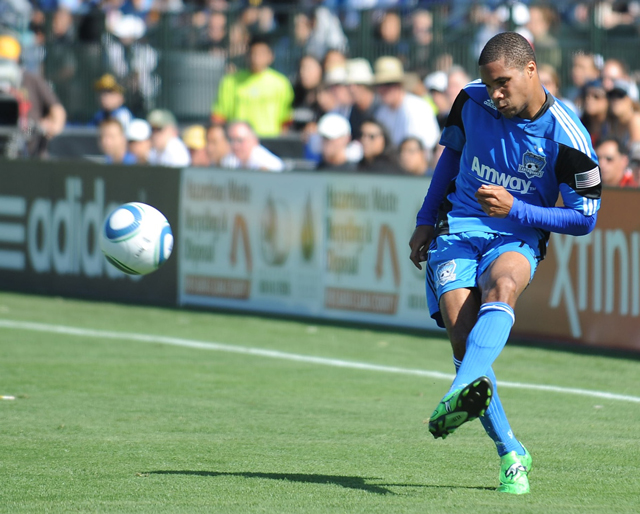 Episode 17 of the Quakes Cast features a rather frank breakdown of the scoreless draw against the Los Angeles Galaxy and a look ahead to the big holiday weekend match against the New York Red Bulls at Stanford Stadium. Sometimes expectations can be frustrating — even a bit embarrassing — as evident by the inability of the Earthquakes to capitalize against a shorthanded Galaxy side on the weekend, but then you vent and move on. Keeping things in perspective, the Quakes are still in position to earn a postseason berth and appear to be hosting New York at an opportune time to put the Galaxy mess behind them. Team leader scorer Chris Wondolowski will be back from the Gold Cup, as he the rest of the Quakes look to exact some revenge against the Red Bulls for a loss on the road earlier this season. When the talk turns to Saturday’s match-up, Robert invites in New York Post writer Brian Lewis to get us up to speed on the visiting Red Bulls. From tailgating and a U.S. national team World Cup 1994 reunion before the game to a grand fireworks show after, Saturday evening's match at Stanford promises to be a great start to a July packed with plenty of Earthquakes action.

Plus, check back later in the week for a bonus episode of the Quakes Cast that will feature an interview with World Cup '94 star Paul Caligiuri as well as a lengthy discussion of the MLS Supporters Shield with Kelly Gray and Jay Hipps. So much going on with the Earthquakes this week, we had to do it twice.