Quakes Cast Episode 22: Earthquakes settle for draw with Vancouver, get blown out at Real Salt Lake, and look to turn things around against DC United

Share All sharing options for: Quakes Cast Episode 22: Earthquakes settle for draw with Vancouver, get blown out at Real Salt Lake, and look to turn things around against DC United 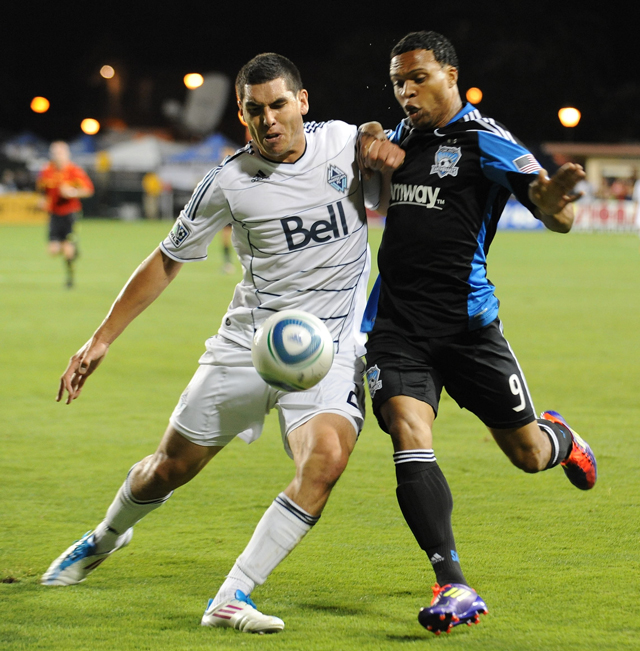 Another double dose of MLS action played out for the San Jose Earthquakes last week, and the Quakes Cast crew were ready to talk all about it. Well, expect for Kelly who was vacationing with his family and generously allowed Robert and Joe to take care of business for the week. Starting off with the 2-2 home draw against the Vancouver Whitecaps, the dynamic podcasting duo delve into the reasons the Quakes twice could not hold a lead against the expansion team from Canada. Moving on to the weekend tilt at Real Salt Lake, Robert and Joe debate the reasons behind the collapse of the team following the dubiously awarded penalty kick and red card to Bobby Burling. Was it justified because of anger and frustration, or was it a poor show of sportsmanship that led San Jose to capitulate to RSL in the 4-0 loss.

Moving away from the past week, and with a fresh look ahead, the crew takes a look at the news surrounding the Earthquakes, as well as takes a healthy bite out of the overflowing Quakes Cast mailbag to answer a load of listener questions. Speaking of the mailbag, the new and improved @QuakesCast twitter handle is live and available for your reading and following pleasure. If you think of something you want to ask for a future podcast, be sure to tweet it directly to the show and listen in for Robert, Joe, and Kelly to respond.

A special guest joined Robert earlier this week to talk about the Earthquakes and how the season has looked going into week 22 of the MLS season. Jonathan Johnson, the beat writer covering the Quakes during their February training stint in England, shares his views of the team as they presently play, especially how it relates to the state of the team back in the preseason.