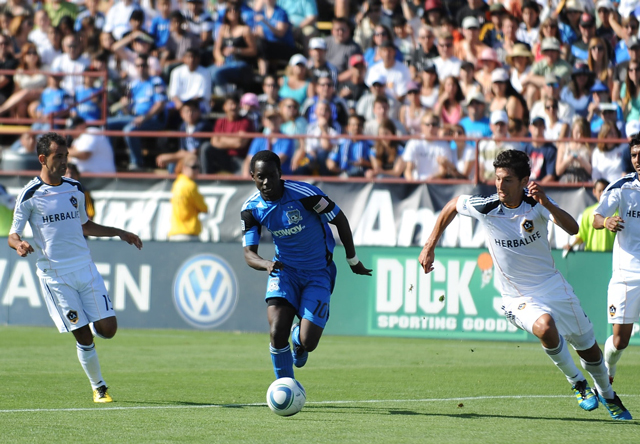 Where can the San Jose Earthquakes go from there? Where? Well, that is the big question vexing the podcasting trio this week as they look back at the very ugly loss to the Colorado Rapids. Not ugly by the players, but by the “neutral” wearing red in the middle of the park. Still, it was good to see the Quakes continue their ascension in quality play, and it promises to add something to their already desperate run to qualify for the postseason.

The show also contains loads of listener questions and comments this week, with much of the conversation centered on new signing Edmundo Zura. Sure, we haven’t seen him play, but that won’t stop hosts and listeners alike from sharing their opinions of what impact the Ecuadoran striker will have on the Earthquakes’ fortunes. Is he fated to be the Australian A-League bust he was earlier in his career, or can he match the achievements of Geovanni in 2010 and help lead the team to the playoffs. With only 10 games remaining in the regular season, Zura will need to fit in quickly if he is to have any effect at all.

Closing out the show, the hosts take a quick peek at the upcoming road match against the Los Angeles Galaxy. The Quakes’ Southern California rivals signed a new striker of their own this week — Ireland international and former Tottenham Hotspur Robbie Keane — and they expect he can be ready to make an appearance on Saturday. The Galaxy have sat top of the league table for most of the season, so the Earthquakes will have their work cut out for them. Who knows; keep up the improvement in form and perhaps the Quakes can break their Home Depot Center hex this weekend.

Do Robert, Kelly, and Joe have all the answers? They certainly share their opinions this week on Episode 25 of the Quakes Cast. But it is not all about them; please share your comments and questions below and on Twitter to @QuakesCast.