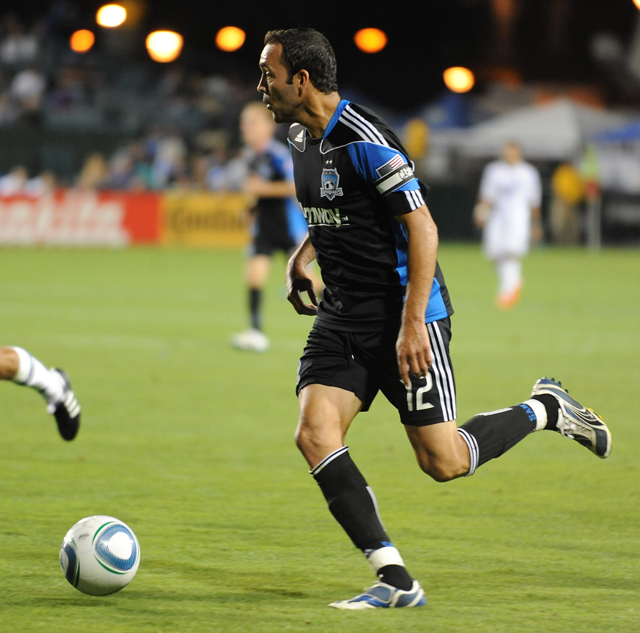 Make it an even dozen, as a 2-0 defeat to the rival Los Angeles Galaxy stretch the San Jose Earthquakes winless streak to twelve. Another spirited effort was not enough from the Quakes, as the Galaxy showed their class in the victory. With only nine games remaining in the regular season and San Jose needing to earn conservatively 20 points, they’ll need to put the loss to LA behind them and prepare in earnest for a road game at Toronto FC.

So much of the match analysis this week focuses on the center of the midfield, as a novel pairing of Ramiro Corrales and Rafael Baca teamed up to form the nucleus of the Quakes. Both made a meal of things early, but as the game wore on took better control of the situation. For 2 of the 3 hosts of the Quakes Cast, Baca earned Man-of-the-Match honors. The exciting rookie showed why the Earthquakes were willing to go through so much trouble to get him eligible to join the team, and he repaid that effort with a good run against the Galaxy. Given that head coach Frank Yallop is looking for any spark he can to lift his team out of the doldrums, Baca should feature in the match this weekend against Toronto FC.

The show is a little light on the listener questions and comments this week — c’mon folks, get those tweets to @QuakesCast in as early as you can — but some follow-up from last week’s show propels the hosts into a lengthy conversation on what style of play the Earthquakes should be instituting. Did someone mention the “p” as in “possession” word?

Do Robert, Kelly, and Joe have all the answers? They certainly share their opinions this week on Episode 26 of the Quakes Cast. But it is not all about them; please share your comments and questions below and on Twitter to @QuakesCast.