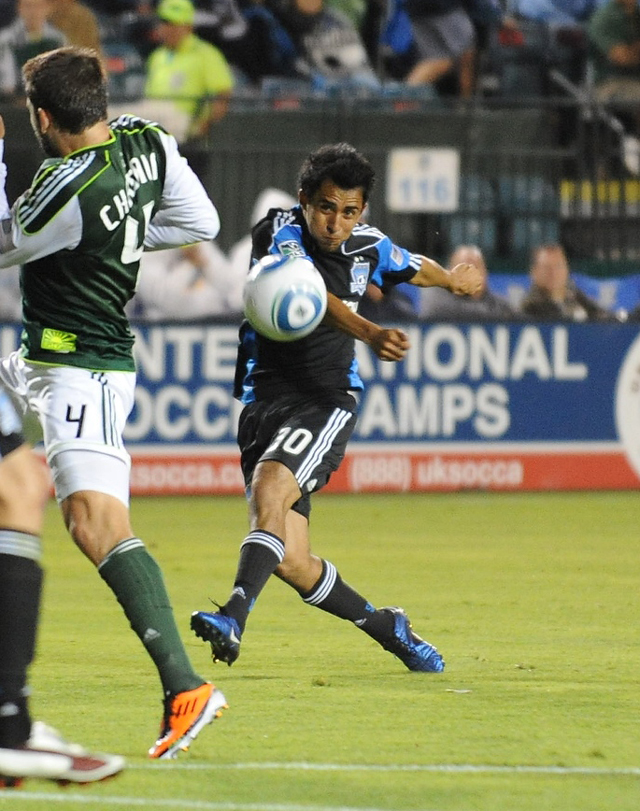 A baker’s dozen of matches without a win came as a result of the San Jose Earthquakes 1-1 draw against Toronto FC last weekend. An early Eric Avila goal was neutralized by a late Chris Wondolowski equalizer, but the Quakes left little time to find the game winner. In fact, after being on the wrong side of the officials’ decisions all summer long, the Quakes finally received some help when an apparent Joao Plata goal was disallowed for offside. Replays showed the goal should have counted, and the Quakes collected one instead of zero points on their trip to Toronto.

With the team on the road, Joe Nuxoll took in the game at Jack’s Bar in San Jose where he was given a primer in Ultras 101. From their love for Scott Sealy to their penchant for colorful language, Nuxoll gives a firsthand account of his experience on the show. And for those with sensitive ears, don’t fret — the appropriate use of the bleep button to block the inappropriate should save you from having any flashback to walking in front of section 109 during a match at Buck Shaw Stadium.

The podcast features lots of discussion about central midfielder Rafael Baca (worst profile photo ever…) in this week’s listener questions and comments, which was very appropriate given the rookie’s second straight quality start. With the team slipping dangerously close to being realistically eliminated from the MLS postseason, which other young players need to get their chance to feature for the Quakes? The hosts will certainly be tackling that subject over the remainder of the season.

No match this weekend, as the Earthquakes have the Labor Day weekend off, but they’ll be back in training next week, and another Quakes Cast will be recorded. Start formulating your questions and comments over the three-day holiday, and be ready to be a part of the show on Tuesday as the gang gets you ready for the visit of the Chicago Fire on September 10.