Share All sharing options for: Quakes Cast Episode 29: Winning streak never gets started as Earthquakes lose 2-1 away to the Houston Dynamo, postseason hopes on life support 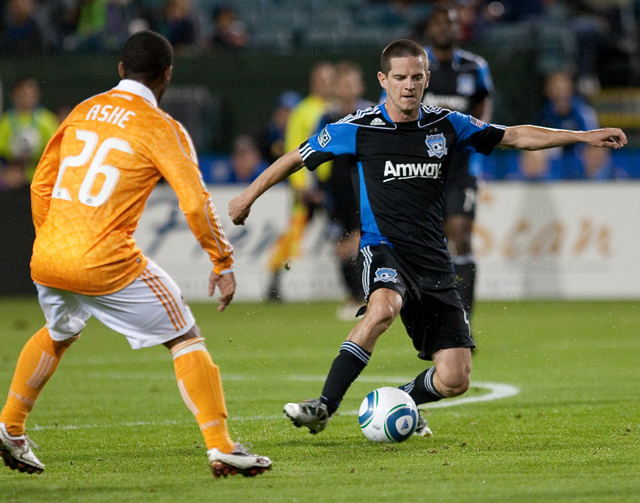 Episode 29 of the Quakes Cast recaps the San Jose Earthquakes 2-1 loss against the Houston Dynamo at Robertson Stadium and previews a busy week that includes away matches at the Portland Timbers and Colorado Rapids. Needing victories in at least 5 of their remaining 6 games seems to be the only recipe to get the Earthquakes back in the chase for the MLS postseason. Hosts Robert Jonas, Kelly Gray, and Joe Nuxoll break down the loss at Houston before looking at what the team needs to do at Portland to get back on the winning track.

With another makeshift recording studio put to use this week, the hosts do their best to discuss listener questions and comments before putting their own views out there for the listeners. They end the show with some news on the Earthquakes’ proposed new stadium that was revealed earlier this week by team president David Kaval. Kelly Gray proves his insider status as a team ambassador by dropping some exclusive knowledge on the renderings for the new facility. Finally, as a bonus to our loyal listeners, the podcast this week features a new closing song — something that will hopefully rally the legion of Quakes supporters needing something to get them going during these difficult times for the team.