While the City of San Jose and the San Jose Earthquakes have in effect reached an agreement on the team’s proposed new soccer-specific stadium, local residents that live in close proximity to the site were given a final opportunity to express their concerns about the project to the city’s Department of Planning at a community meeting Monday night. With Earthquakes managing partner Keith Wolff and Earthquakes President David Kaval representing the team, and city council member Sam Liccardo in support, Department of City Planning Project Manager Lesley Xavier led the over 90 minute discussion on the team’s proposed planned development permit.

In a process that started nearly two years ago with the unveiling of principal owner Lew Wolff’s vision for the San Jose Earthquakes new home, the team has finally arrived at the penultimate stage in securing the land-use permit that will allow for construction plans for the stadium to commence. An extensive Environmental Impact Review (EIR) and subsequent project analysis by the city’s Planning Department now awaits reconciliation with the comments and complaints offered by residents living in the neighborhoods across the railroad tracks from the proposed stadium site on Coleman Avenue. When the review process and community comments have been completed, the Planning Department Director will hold a hearing on the permit and will approve the use permit.

The evening meeting began with Wolff and Kaval outlining the basics of the stadium design, including the unveiling of new renderings of the project, and also detailing the land-use permit they were seeking. While the stadium design presented to the public at the Soccer Silicon Valley Community Foundation dinner in 2009 has remained relatively unchanged, some minor changes were brought to light by the Earthquakes leaders. First, the height of the stadium has been decreased from an average of 90 feet to 75 feet in the newest iteration, with some slight modification to the design of the roof. Second, the scoreboard side of the stadium, which is open and absent permanent seating, and the sideline sides of the stadium, feature some new design elements that are different from those envisioned in 2009. Lastly, the overall budget for the 15000-18000 seat stadium would require “up to a $60 million investment” by team ownership and was not dependent on securing outside corporate funding.

Specific to the issues of the use permit, the San Jose Earthquakes have withdrawn their request to use the completed stadium to hold outdoors concerts. Often a significant source of income for other owners of MLS soccer-specific stadiums, the Earthquakes agreed to drop that item in their permit application in an effort to mollify residents’ concerns of excess noise pollution.

“Our main focus is soccer and I think we made a big concession here,” shared Keith Wolff with the audience. “This is to try to get a soccer stadium done because we are getting such great fan support in Santa Clara, but there is only so much we can do there. So we really want to get this stadium done. We are willing to forego the concert revenue to make this happen.”

Perhaps hoping to stress how much the concession made by the Earthquakes would lessen the noise pollution concerns of local residents, Councilman Liccardo provided a succinct analysis of the whole sound mitigation negotiation that has been ongoing since the first stadium site EIR was generated.

“The neighbors can declare victory given that there will not be concerts hosted at the new stadium,” said Councilman Liccardo, who has been involved in planning and permitting procedures in conjunction with the Earthquakes since the beginning of the process.

However, when the meeting was opened up to public comment, the conversation quickly returned to the concerns over noise pollution envisioned from the new development. One resident remarked that they were worried about excessive drumming and horn blowing during soccer games at the facility disturbing the peace. Another, while in one breath calling the sound from the nearby Mineta San Jose Airport and the CalTrain railroad tracks merely “white noise,” thought the team was not doing enough to address potential loud soccer crowds. A third wanted to know that if the sound levels measured at soccer matches after completion of the new stadium surpassed the threshold set by the City in the planning process, would they enforce measures — such as decreasing crowd capacity — to bring the facility into noise compliance. Even with the negotiating victory pronounced by Liccardo, these residents still did not sound satisfied, and the younger Wolff warned that they could still walk away from the project.

“We need to be confident that we can host an MLS game for 18,000 people and not need to worry about exceeding noise limits,” shared Wolff after hearing from the group of concerned neighbors.

Given the effort and money that both the City of San Jose and the Earthquakes have put into the process so far, pulling out of the project at this point seems a remote possibility. Instead, officials stressed that they were focused on completing the reconciliation of the public commentary with EIR information in order to move forward. Clearly with momentum at their back, and the last hurdles of public criticism surmountable, the San Jose Earthquakes can now count in weeks rather than months the time remaining until the stadium’s groundbreaking can begin. 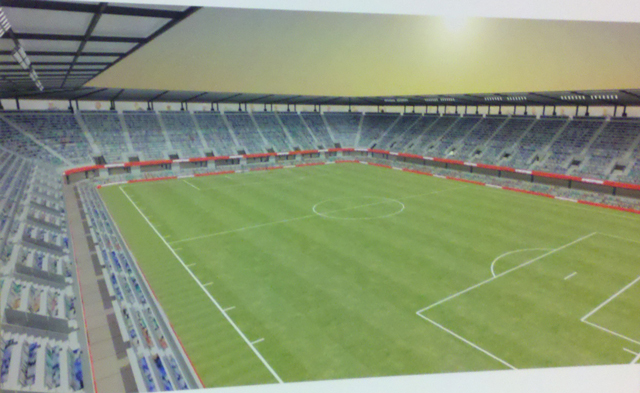 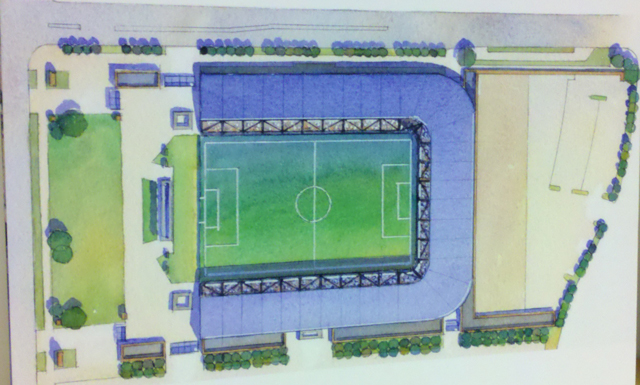