Speculation has been rampant as to what the new San Jose Earthquakes uniform design would be for the upcoming 2012 season. Notably, rumors have the Quakes moving away from their prior all white away jersey to one that is predominantly blue. As for the home kit, according to a sneak-peak photograph received by Center Line Soccer, San Jose will continue to feature a black jersey. Changes from the previous 2010-11 version are a lessening of the blue accents as well as a new collar design. According to a source, the phrase "Est. 1974" will be featured on the nape panel on the back of the uniform, paying homage to the year the original NASL club was founded. 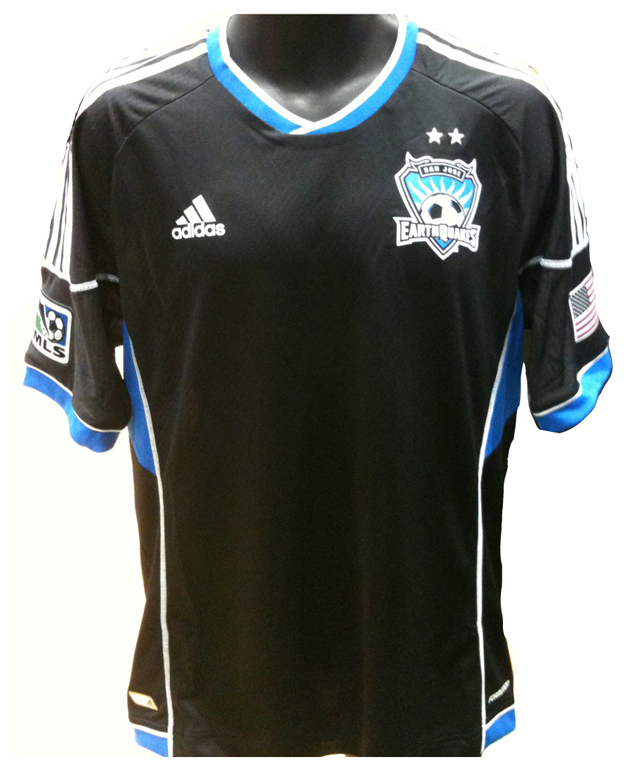 Another curiosity of the leaked photograph is the lack of a shirt sponsor. In a photograph released late last week, all the new Adidas uniforms for the 2012 MLS season were represented, with each team jersey featuring their respective sponsor. The San Jose Earthquakes have not confirmed whether Amway will continue as their presenting sponsor for the 2012 season, though they do list them in that capacity on their website. 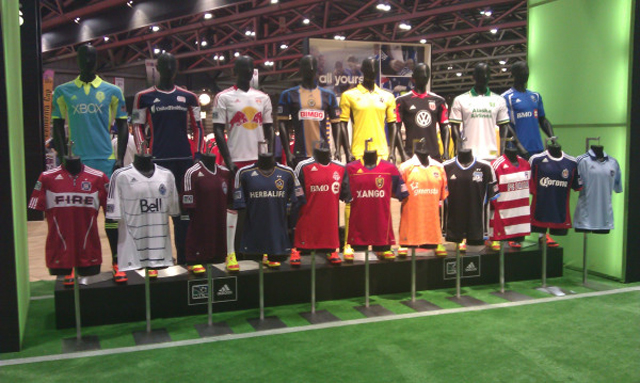 (Thanks to @thegoalkeeper for the group MLS jersey photo.)