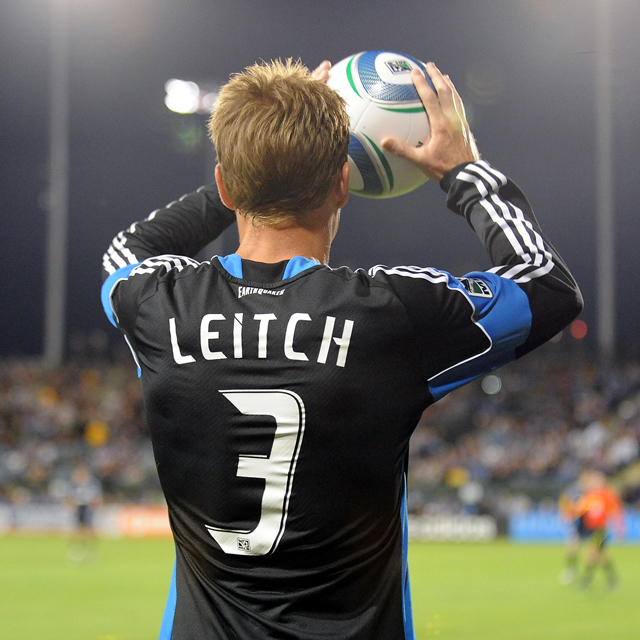 The San Jose Earthquakes today named former defender Chris Leitch as the first Technical Director of the team’s youth development academy. As detailed in a press release from the team, Leitch will oversee all technical aspects of the Academy, including the club’s U-16 and U-18 U.S. Soccer Development Academy squads and U-14 Regional Development Schools. He will work with coaches at each level as the San Jose Earthquakes work to establish a fully integrated academy system in Northern California.

“We are proud to hire a person who I respect both professionally and personally,” said Earthquakes General Manager John Doyle in a prepared statement. “From the first time I met Chris, I knew he was a consummate professional, somebody who we would love to have work for the club when he was done playing. Chris has a tremendous work ethic and will be a great addition to our staff.”

After being selected by the LA Galaxy in the second round of the 2011 MLS Re-Entry Draft last December, Leitch opted to retire instead of completing a deal with the Earthquakes biggest rivals to continue his playing career in MLS. A starter for much of his first two seasons in San Jose — Leitch earned club honors as Defensive Player of the Year in 2009 — the right back had seen his playing time drop dramatically in 2011. Despite not being considered for on-the-field duties for the 2012 season, Leitch knew he could still provide a valuable contribution to the organization.

“I’m very excited about this position because I get to work with a group of promising young players in an area that is known for producing top notch talent,” Leitch said. “I could have continued my playing career, but this job gives me the opportunity to start a new chapter in my life with an organization that I love, and for my family to continue to live in an area that we have come to call home.”

Leitch retires from MLS after a 10 year career that started with his home state club, the Columbus Crew, in the 2002 season. Just prior to the start of the 2009 MLS season, Leitch was acquired from the New York Red Bulls in exchange for allocation money and an international player roster slot. He made 56 starts for the Earthquakes in appearances and tallied seven assists. In total, Leitch made 196 league appearances for the Earthquakes, Red Bulls/MetroStars, and Crew.

“My hope is to bring my own qualities and experiences as a player into this role,” Leitch said. “I’ve been involved in soccer at the highest level and was fortunate enough to learn from great coaches like Frank Yallop, Sigi Schmid, Bruce Arena and Bob Bradley, and have gained a unique perspective on the game. I truly believe in the youth academy system that MLS and U.S. Soccer have established and I am looking forward to working with the players and coaches in our system.”