Share All sharing options for: Earthquakes in the news: Alexandre boosts Haitian youth soccer, Opara aims for Olympics invite, Wondolowski hopes best is yet to come

As the 2012 MLS regular season approaches — 11 days and counting until First Kick — the San Jose Earthquakes continue earn headlines during a time in years past that was void of soccer news. Less than a week ago, the Quakes finally received the go-ahead from the City of San Jose Planning Commission on their new stadium project, while in the world of social media Earthquakes president David Kaval took to the ranks of Twitter.

For the players, a busy preseason schedule has seen them training in such far flung locales as Tucson, AZ, Ventura, CA, and Portland OR. As they work together to prepare for the season opener on March 10th against the New England Revolution, their exploits on and off the field have not gone unnoticed in the media. With that in mind, what follows is just a sampling of some of the stories that have featured the Earthquakes over the past several days.

Topping the list is a wonderful feature on the efforts being put forth by new Earthquakes midfielder Jean-Marc Alexandre to boost the prospects of youth soccer players in his native Haiti. San Jose Mercury News reporter Elliott Almond details the story of how with limited funds but a huge heart Alexandre has provided a stable opportunity for kids in his family’s home area to play the beautiful game. What couldn’t be included in the newspaper due to space limitations were a number of photographs of the academy Alexandre helps support. Centerline Soccer is pleased to share these photos, courtesy of photographer Sammy Linebaugh. 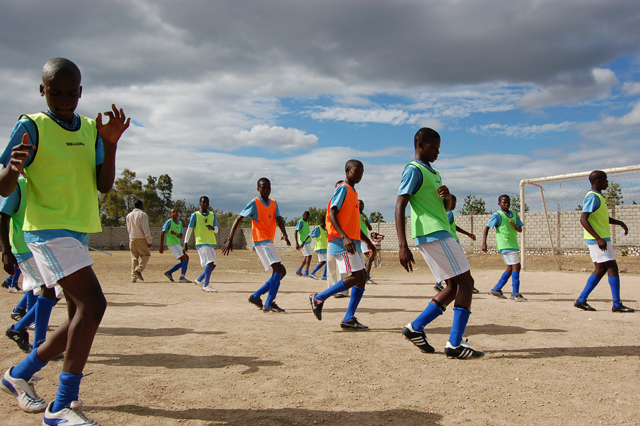 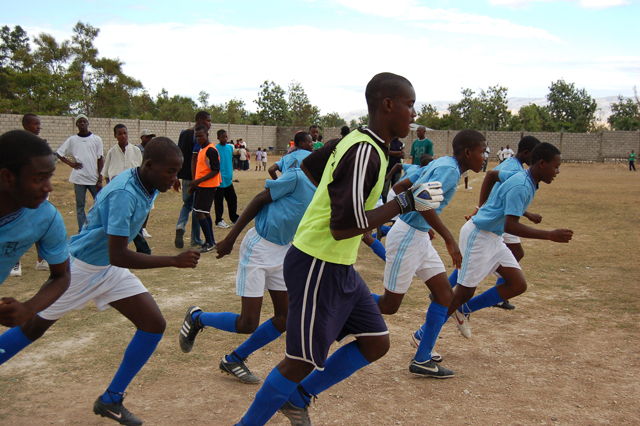 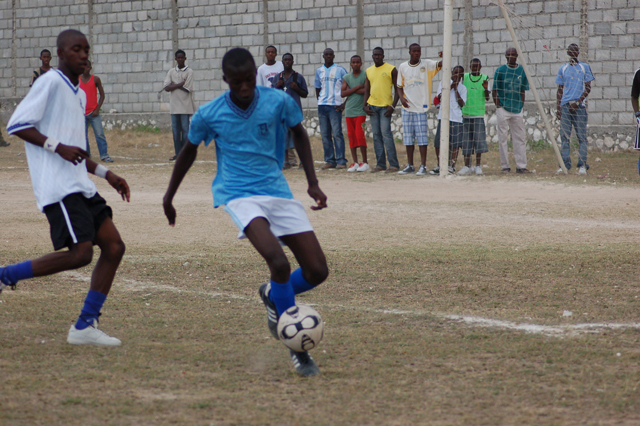 Meanwhile, another player with a dream is third year defender Ike Opara. After battling back from a foot injury that has sidelined him for the better part of two seasons, Opara is now back to full fitness and making his case to be included on the U.S. Olympic soccer team ahead of qualifying games coming up in March. Opara is currently training with the latest group of Olympic hopefuls down in Dallas, TX, and he even scored a goal for the squad in a friendly win over FC Dallas.

Perhaps looking to make inroads with the full U.S. Men’s National Team this year is forward Chris Wondolowski, who as recent as January was learning alongside Nats’ head coach Jurgen Klinsmann the finer points of being a forward. As if Wondo needed anymore help, he enters the 2012 season following back to back stellar campaigns and still appears to have not reached his full potential. He lost out to a second straight MLS Golden Boot award last season on a tie-breaker — with improvements all through the Earthquakes line-up around him, could he recapture the MLS scoring crown in 2012? The only thing that might slow Wondolowksi down is if he were called into the U.S. National Team picture for World Cup 2014 qualifying matches that begin this summer. Knowing Wondo’s drive for excellence, he’s likely to have no trouble succeeding at both endeavors.

Wondo gets all the headlines as the face of the Earthquakes franchise, but dig a little deeper into the starting XI and another face comes to light as a future star of MLS. Entering his third professional season, right back Steven Beitashour continues his arc of development that closely mirrow what veteran gardeners refer to as the rule of transplants — first year sleep, second year creep, third year leap. So much so has Beitashour impressed in his first two years in MLS, one prominent writer believes Beita has what it takes to earn MLS Best XI honors by the end of the 2012 season. And just so it is clear that those predictions are not mere fantasy, Wondo is given his due and is projected to make his third straight MLS Best XI.

The stories are always coming out on the San Jose Earthquakes, and the above only give a taste for what is going on around the franchise. Want to recommend a story that was missed, be sure to share with other readers in the comments section below.