The Gordon Experiment: How a Journeyman Athlete Succeeded in Conquering the MLS Western Conference.

Share All sharing options for: The Gordon Experiment: How a Journeyman Athlete Succeeded in Conquering the MLS Western Conference.

The Earthquakes are the first team in the playoffs, and I will freely admit to neglecting household chores just to bask in the glow of the MLS standings. Failure to make the 2011 postseason indicated that the team chemistry still wasn’t perfect - but a trade made last season might hold the key to this season’s success. As I glow-bask, I consider that Frank Yallop’s acquisition of journeyman forward Alan Gordon from Toronto FC has been a major catalyst for the great team chemistry in this year’s squad? And just what is team chemistry anyway?

Alan Gordon’s first goal as a Quake earned the eternal respect of the fans when it turned out he had carried a double-hernia across the border from Canada; my own eyes water at the thought. Obviously tenacious, after only two appearances for San Jose in 2011 his season was brought to a premature end by surgery. Gordon was brought along gently at the start of the 2012 season, and his impact has grown through the season, bringing that never say die attitude to the forward line that we’ve all heard about. At age thirty, and with eight years’ experience in MLS, Alan Gordon is enjoying resurgence in his career with the San Jose Earthquakes, scoring a career-high 12 goals. Drafted out of Oregon State University by the LA Galaxy in 2004, somewhat the MLS journeyman, he was loaned to Portland before playing for the Galaxy from 2005 to 2010, after which followed stops at Chivas USA and Toronto FC. Gordon finally landed at Buck Shaw in a three-for-one trade for Ryan Johnson, and of the three acquisitions, he is the only player that remains on the Earthquakes squad (Jacob Peterson is now at Sporting KC; Nana Attakora is currently out of contract).

Gordon’s ebullient personality in five years at the Galaxy inevitably led to his appearance in Grant Wahl’s 2007 book ‘The Beckham Experiment: How the World's Most Famous Athlete Tried to Conquer America”. He will forever be the answer to the sports trivia question: Who was the player subbed off for David Beckham’s first appearance in MLS? In the book, Gordon exemplified the contrast in style of a typical blue collar, workmanlike MLS player to that of the English superstar. As a member of the 2005 side that had won the MLS Cup, he was earning one half of one percent of Beckham’s salary, and was rooming with two other players while coaching girls’ soccer to make ends meet in affluent Los Angeles. At a time when he was struggling to make a name for himself, struggling to make a living even, he realized that the visibility of his new job of converting Beckham crosses might make or break his career. In his time in Los Angeles, he built a real rapport with Beckham, and his tenacity on the field eventually paid off with a new contract. Revisiting his own book recently, Wahl’s choice of adjective to describe Gordon in that period was ‘unspectacular’ and that he “wouldn't have predicted that five years later...Gordon would become a goal-scoring machine”. Unspectacular is not a word that describes his success this season at San Jose - so, what has changed since then? 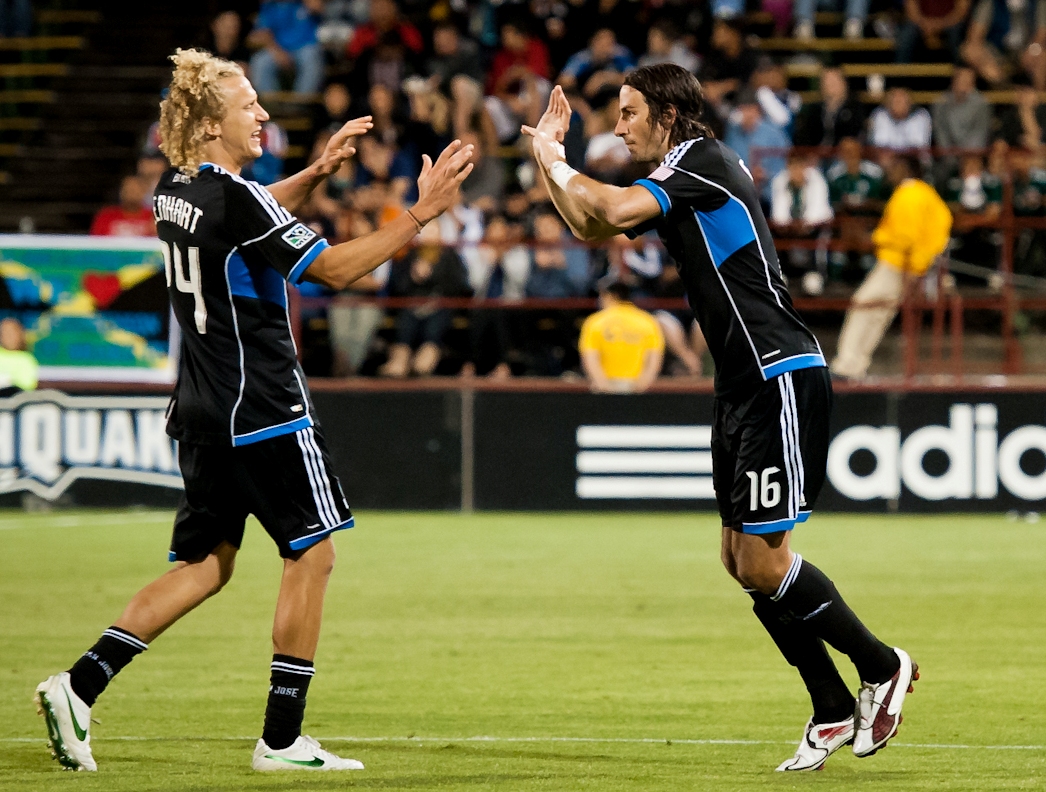 In LA, Gordon played for current Earthquakes coach Frank Yallop for two seasons. A straightforward coach, in manner and technique, Yallop repatriated to northern California in 2008, with the return of his former team, the Earthquakes, to San Jose. Yallop knew he wanted Alan Gordon in the expansion draft: “I’ve always liked him – I should have taken him in the expansion draft when I had the chance, but he had just met his future wife and he kind of talked me out of taking him”. But Yallop would eventually get his man in 2011 when the two were reunited in San Jose, and now in 2012, Gordon has settled into family life, and is just as keen to play for Yallop: “I wouldn’t want to play for anybody but Frank. He’s great in every way. We go back to Galaxy days and he’s just someone we want to fight for - so we do”.

And so 'The Gordon Experiment' began, with Yallop the scientific brain behind the method: “He’s the one that brings guys with great character in here, so I guess he is the mastermind” says Gordon “he always tries to bring in guys that are good around the locker room - we have a great mix and it just works”. The main reason Alan Gordon continued to make the Galaxy team for Yallop was his maximum effort at all times: “We play a certain way, and he suits the style I play...I like his style, like Lenhart and Wondo’s same type of hard-working-never-say-die-attitude up front”. Since coach Yallop came over from the dark side of the Galaxy, the scientific mastermind is now using his powers for good (not evil), with Alan Gordon as a catalyst for the Earthquakes team chemistry: “He stood out for me in the games that they played [for LA] - never say die attitude, never quits, never shows any displeasure to his teammates, always encouraging, great guy in the locker room - all of those things put together…he’s not just a good guy who works hard, he’s a very good player”.

I started to think about this season as a chemistry experiment - a team chemistry experiment. When I asked Alan Gordon where he thinks team chemistry originates he gave credit to the coaches: “I think Frank has a lot to do with it - and the coaching staff. They give out good vibes and positive vibes, and it trickles down to us. He’s very relaxed, he treats us like men, like professionals, and he deserves a lot of the credit”. When I asked the manager the same question he reflected the credit back on the players: “Yes. [The squad] really does [have team chemistry]. It’s not just Alan, but he bounces himself off the other guys in the squad, but it’s everyone. Everyone enjoys Alan. Everyone enjoys Lenny. Everyone enjoys the louder characters in the locker room”. Reggie Jackson once said “it’s easy to talk about team chemistry when you’re winning”; I agree. Many have also proposed that team chemistry is intangible, and so the scientist in me wanted to pin it down. I decided on some metrics to quantify Gordon’s contribution: determination, rapport, environment and maturity. 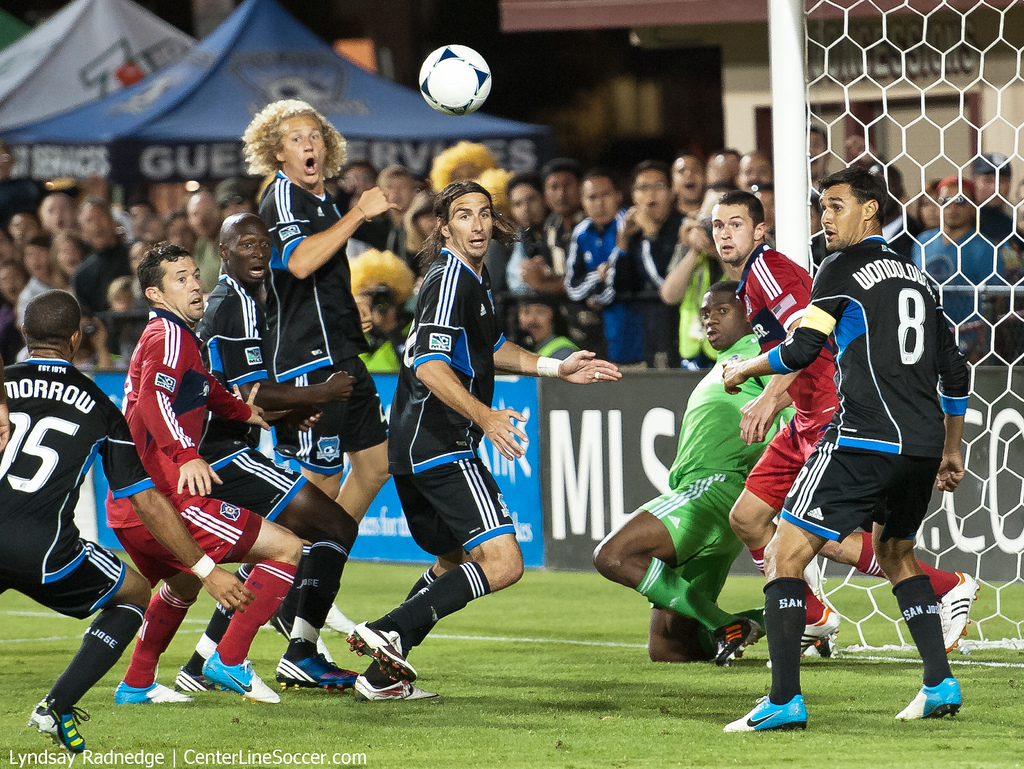 Determination: In his contract year in LA Gordon played through excruciating foot pain using cortisone injections, and that tenacity earned him five years under four coaches at the Galaxy. Now he’s with the Quakes, there’s no better indication of a determination, that extends past the full ninety minutes, than his late-game winner in the Galaxy’s own house; quintessential Alan Gordon.

Rapport: Just as he had built a rapport with Beckham in LA, Gordon has also done so with fellow forward Steven Lenhart – there’s always a wisecrack when one replaces the other on the field. Frank Yallop quipped that in the locker room “Alan’s pretty loud - Lenny’s up there with him; they’re a pretty good double act...both guys are loyal type people and they appreciate each other’s hard work”. In mid-season, when Lenhart was sidelined with concussion symptoms, Gordon converted seamlessly from super sub to reliable starter in July, when he stepped up as target forward scoring three goals in four games.

Environment: Gordon finds himself in ideal environmental conditions – along with with Steven Lenhart and Chris Wondolowski the trio comprised three of the top six slots of the Castrol Index in September. They all share in each other’s successes: in interviews Gordon credits Lenhart, while Lenhart credits ‘Gordolowski’. Keeping an eye on any two (sometimes all three) of these players makes it hard for defenders to know on whom to focus their attention – and that Golden Boot especially deflects their attention allowing ‘Gordenhart’ to flex their scoring muscles.

Maturity: His growing family has been the impetus for his resolve to take better care of himself with better nutrition and training: “Seeing all these Injuries, having a moment with myself and realizing that maybe I need to be a better professional in order to extend my career…the realization after having kids is that it might be over if you don’t do something different - and so I made a change”. When asked whether settling down into family life had a role to play in his renaissance he replied: “Absolutely! It had everything to do with it; it becomes very real. You have responsibilities and people to take care of. I took my job seriously but it became a thing to where I was going to give it everything for my family. They’re the inspiration behind everything”. 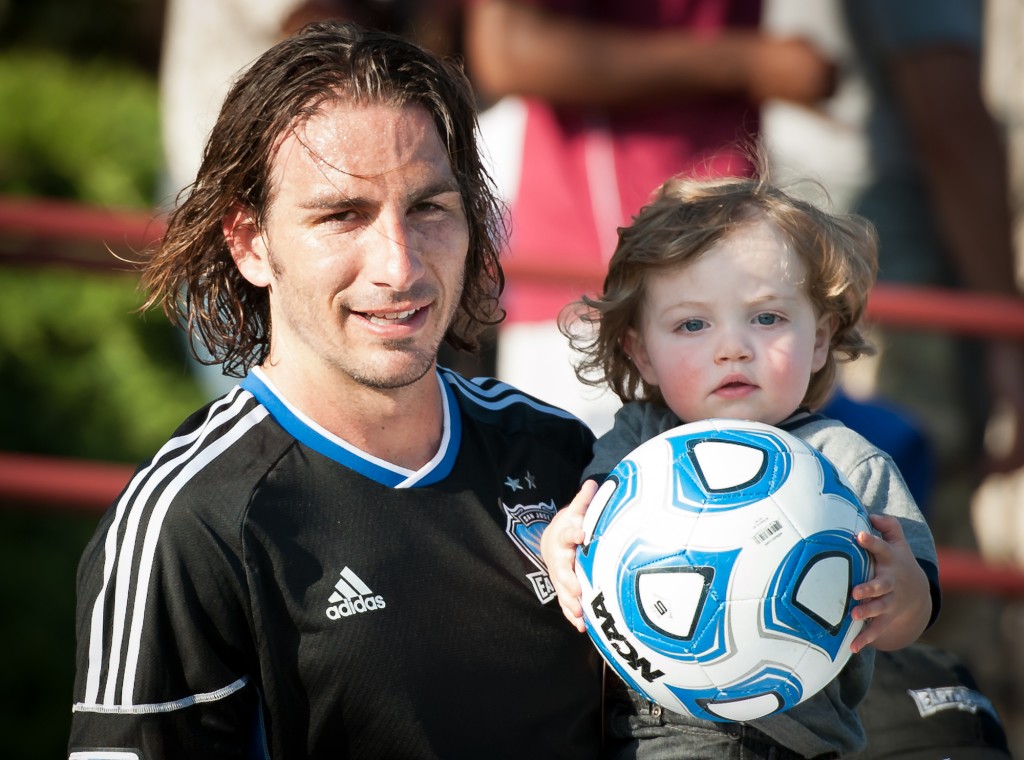 In his preliminary experiments at the Home Depot Center Frank Yallop had already discovered one of the major catalysts for this season’s successful Earthquakes squad. In labeling Gordon ‘unspectacular’ Wahl essentially implies that Yallop is an alchemist, practicing the mystical science of turning base metal of this workmanlike player into precious metal (manifested for this team in the form of silverware?). Rather, I believe, Yallop and GM John Doyle taken a truly scientific approach – after diligent research they eliminated antagonists from the squad and added catalysts to the nucleus of a squad that had traveled far in the 2010 playoffs. In addition to Gordon, Bernardez and Chavez have also been golden from the start - there’s no alchemy in the way this squad has been put together.

In Alan Gordon, Yallop has not only installed a player who’s significantly more productive than any of the players traded away for him, he also gained a player atop the Castrol Index. Gordon finds himself in the perfect environment - he has an obvious rapport with Lenhart, and their synergy has added to Wondo’s best ever season tally, and contributed to a new season scoring record for a team with four matches still to play. He brings his own sense of humor (when Beckham introduced himself upon arrival in LA, Gordon held on to the handshake and asked “…and you are?), and balances that humor with an exemplary work ethic. How does Alan Gordon himself rate the 2012 Earthquakes team‘s chemistry? “It’s better than any team I’ve been on. We’ve got something special here and it doesn’t happen very often...nobody is bigger than the team, we’re all happy for each other’s successes and that goes to show a lot. We goof around and have fun and we’re serious as well, so we’ve got a mixture - it’s really a good thing to be a part of”. It’s a really good thing to be a part of from the bleachers too. Given the end product we see on the field each week, the eleven point advantage in the MLS Western Conference and the lead in the Supporters’ Shield standings, Alan Gordon isn’t an experiment any more, he is a crucial component of the team chemistry essential to the success of the 2012 San Jose Earthquakes.