The San Jose Earthquakes start the Portland Preseason Tournament with a match against the host Timbers. The Earthquakes will be looking to vet some trialists and draft picks, as well as get some minutes for the first teamers. The tournament continues for the Earthquakes with matches on Wednesday and Saturday.

The San Jose Earthquakes line up for match #6 of their 2013 preseason schedule against fellow Western Conference foe Portland Timbers as part of the Portland Preseason Tournament. The Quakes are coming off a pair of victories over Ventura County Fusion and will try to make it three in a row starting at 5:00 p.m. Tottenham Hotspur attacking midfielder John Bostock will feature for the Earthquakes, as well as reigning MLS MVP Chris Wondolowski. 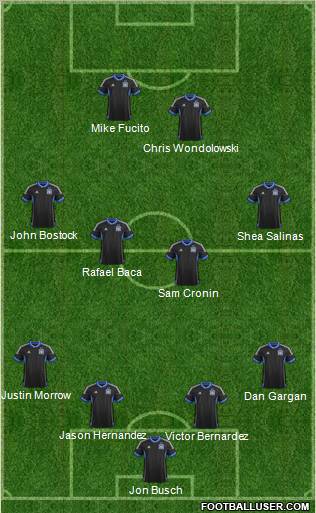 Can't watch the match live? Check back later and watch the rebroadcast anytime you like, as the match, in its entirety, will be archived on the MLS YouTube channel and here at Quake, Rattle, and GOAL! Otherwise, enjoy the video above and participate in the conversation below.