The San Jose Earthquakes conclude their participation in the Portland Preseason Tournament with a showdown against FC Dallas. The Quakes starting XI will look very much like the one head coach Frank Yallop is expected to field for the MLS regular season opener next Sunday against Real Salt Lake.

The San Jose Earthquakes conclude their preseason slate of matches with a tilt against fellow Western Conference foe FC Dallas. With just over a week until the 2013 MLS season opener for San Jose, head coach Frank Yallop is expected to field a starting XI that is as close to his preferred line-up. 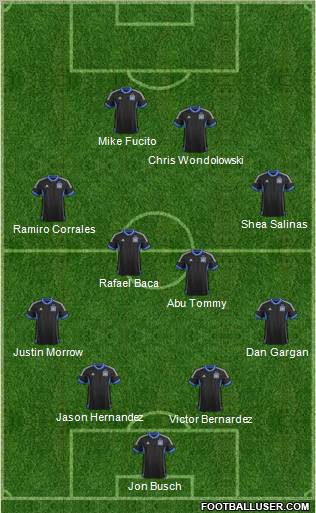 The big wildcard -- will the Earthquakes agree to a deal with John Bostock that will see the Spurs midfielder start the season in San Jose. Bostock is scheduled to return to England tomorrow, but if a loan deal is worked out and a visa is secured in time, he could be back before the weekend and available to play against Real Salt Lake on March 3.

As a comparison, in each of the past two preseasons, fellow Tottenham product Simon Dawkins made an extremely late arrival and was immediately thrust into action. From what Bostock has shown in his two weeks training with the Earthquakes, he too would likely be called upon to make an immediate impact for the team.

Join in the live chat below, and enjoy the game from JELD-WEN Field, as the Earthquakes look to finish off the Portland Preseason Tournament in style.