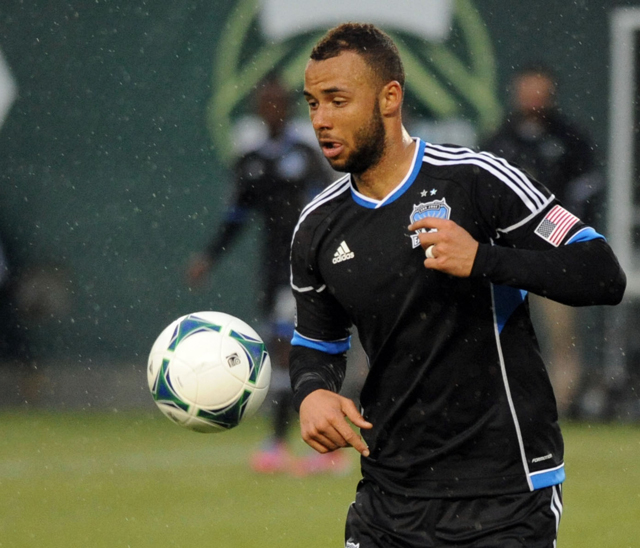 Almost as soon as he arrived in San Jose, the Tottenham Hotspur midfielder has left the club and if off to pursue other opportunities. Considered initially to be a shoe-in to fill the big shoes left behind when Simon Dawkins joined EPL side Aston Villa, Bostock did not do enough to impress the Earthquakes coaching staff, according to a source with the team, and talks to determine a loan deal with Spurs were ceased.

Bostock, a natural attacking midfielder, was employed primarily as a winger in each of the three matches the Earthquakes played in the recently concluded Portland Preseason Tournament. Against the Timbers, he looked somewhat lost along the touchline and timid in his responsibilities on defense. A move more centrally showed off the 21-year old Englishman’s true abilities, but his audition with San Jose was primarily to determine his level of contribution outside.

With the move to bring Bostock to San Jose scuttled, the Earthquakes will look elsewhere for help at the outside midfielder position. A source with the club confirmed that the team was close to signing another foreign player on loan, but details of the agreement were not expected to be announced until later this week. The player has earned numerous caps with his country’s national team and is a known quantity to the Quakes technical staff.

In the Earthquakes final tune-up match ahead of the start of the 2013 MLS regular season — a 2-1 win over FC Dallas in the finale of the Portland Preseason Tournament — Bostock appeared as a late game substitute. With a minute of entering the game, the midfielder conceded a penalty to Dallas, but his blushes were avoided when goalkeeper Jon Busch saved the ensuing spot kick. Seeing veteran Ramiro Corrales start over Bostock was a strong indication that the Spurs target was not in the Earthquakes plans moving forward.

Complicating the process that might have led Bostock to San Jose was the player’s current contract status. A free agent at the end of the EPL season — much like Tottenham’s Dawkins — Bostock at best would have agreed to a loan deal with the Earthquakes that stretched until the end of June. While Dawkins had similar loan deals the past two seasons, both of which were extended by Spurs through the end of the respective MLS seasons, Bostock himself would have made the final decision on where he plays after June, and Earthquakes coaches were not ready to deal with the uncertainty of hosting a player for only four months when it looked like his contributions would not have fit with the team’s expectations.

According to ESPNFC.com’s Jeff Carlisle, Bostock may not be done looking for a place to land in MLS. In a tweet earlier today, Carlisle indicated that the Tottenham prodigy would next train with Toronto FC as he tries to put his talents on display ahead of his free agency.

Would it have been worth the risk to team chemistry to bring Bostock aboard and then play him out of position with the hope that he would quickly adapt and fulfill such responsibilities? Earthquakes coaches did not think so, and thus the Bostock era in San Jose has finished before it had even started.