On January 30, fans will gather downtown at San Pedro Square Market to see the San Jose Earthquakes’ new logo and kits ahead of the franchise's 40th anniversary.

The event is open to the public, and fans can RSVP on the team's Eventbrite page. In addition to the unveiling, music will be performed by Bay Area punk bands The Old Firm Casuals and The Forgotten.

Fans who RSVP (and attend) have an opportunity to win an autographed 2014 Quakes kit. 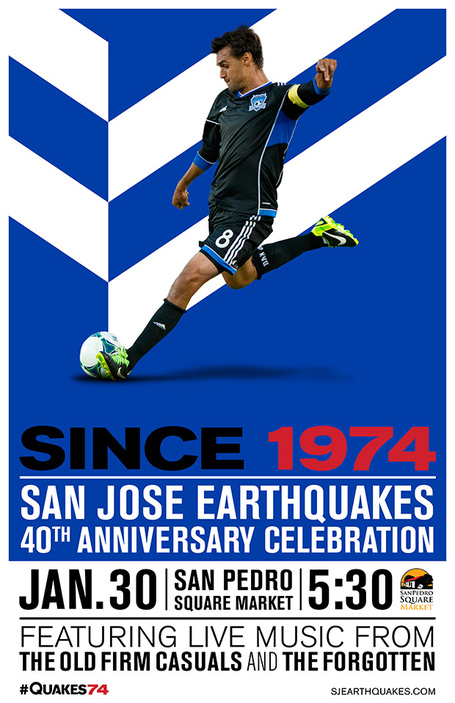