In a long overdue move, the San Jose Earthquakes have announced that the organization is undergoing a rebranding ahead of the 2014 MLS season. On January 30, the Earthquakes will unveil a new logo and new uniforms at a party celebrating the 40th anniversary of the club's NASL founding.

Share All sharing options for: San Jose Earthquakes to unveil new logo and new uniforms ahead of 2014 MLS season

With a new year comes a new look for the San Jose Earthquakes.

On January 30, the organization will host a celebration in downtown San Jose to mark the 40th anniversary of the founding of the NASL-era Earthquakes. To coincide with the event, the current Quakes will unveil a new club logo and new uniforms for the 2014 MLS season. The free event at San Pedro Square Market is open to the public (you can register for the event here) and will include a live concert by The Old Firm Casuals, featuring long-time Earthquakes fan Lars Frederiksen.

The San Jose franchise has used three different logos since the inception of MLS in 1996. For the first five years of its existence, the organization was known as the San Jose Clash and the logo featured a striking stylized scorpion motif. 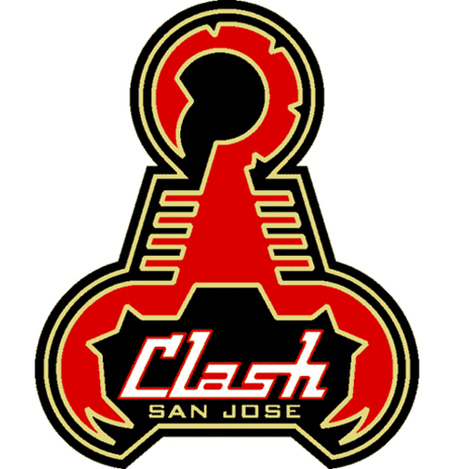 For the 2000 season, the organization secured the rights to use the Earthquakes moniker -- the nickname of the original NASL-era franchise -- and introduced a logo that incorporated a shield design with the City of San Jose sunburst in the background. 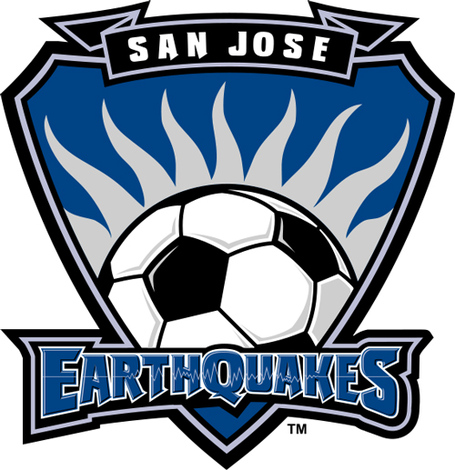 After the franchise was moved to Houston following the 2005 season, a new iteration of the Earthquakes was founded in time for the 2008 season and used a logo similar to the prior design, but for the lack of a seismograph reading through the Earthquakes name. 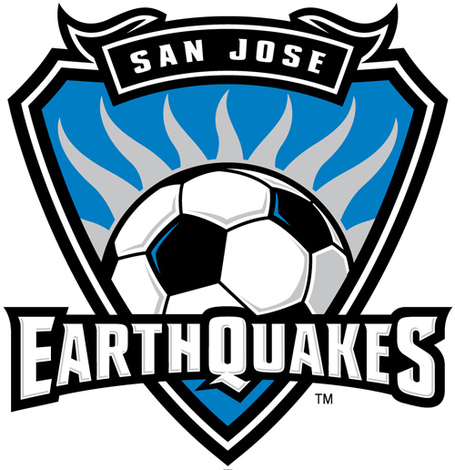 Going back to the NASL Earthquakes, the logo had a deciding different, but very distinctive, look. Though blue and black represent the new Quakes colors, the old Quakes were primarily red. 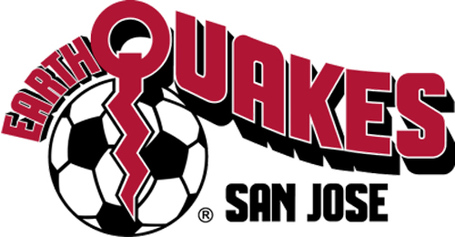 Over the next four weeks, the Earthquakes plan on releasing clues about the club's rebranding, focusing on the team's image and identity. The month-long effort will culminate with the 40th Anniversary Party on January 30.

"We couldn't be more excited to celebrate this momentous occasion with our fans at one of San Jose's most iconic venues, San Pedro Square Market," Earthquakes president Dave Kaval said in a team release. "As we celebrate 40 years of Quakes soccer and with the new stadium scheduled for completion this year, we felt this was the perfect time to unveil a new look that embodies the true spirit of this club. We look forward to a memorable night that will highlight all of the great things that make this club special."

While the announcement of the new club logo seems to come out of the blue, Kaval said via his Twitter that the organization has conducted an expansive effort as part of the rebranding and invited fans and supporters to participate in focus groups. Indications are that the club might shorten its "Earthquakes" moniker to "Quakes," as will be spelled out in the endzone seats of the new stadium. The club's official Twitter account is also promoting a new hashtag, #Quakes74, that also suggests the name shortening. Of course, this could also simply be an emphasis of the nickname "Quakes" and not a sign of a name change at all. More will be learned throughout the month, and answers will be given the evening of January 30.

Earthquakes players will be available for autographs and photographs during the event, and there will be a Q&A session featuring current and former Quakes. Historical displays of memorabilia from 40 years of San Jose soccer will feature items provided by History of San Jose. A highlight of the displays will be numerous old Quakes jerseys from all eras of the club's history.

As per the team's official release, the new logo and new uniforms will be unveiled in dramatic fashion at the event during a special presentation that will include Kaval and current and past players, along with San Jose Mayor Chuck Reed. Immediately, following the presentation, the new jerseys and additional merchandise with the new logo will be available for purchase. The night will conclude with live performances from The Old Firm Casuals and The Forgotten.